Children’s Commissioner highlights why this is a critical time for Northern Ireland’s children and young people. 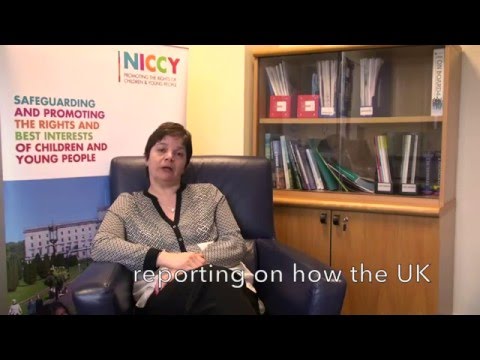 The Commissioner for Children and Young People, Koulla Yiasouma, has advised that the focus of the expert UN Committee on the Rights of the Child will be on the UK state Government, next week.

“Children and young people today face a range of challenges and obstacles in their lives, some are emerging and others are rooted in the legacies of the past. These issues not only affect them now, but are having a very real and detrimental impact on their future prospects and wellbeing.

“As Commissioner for Children and Young People I listen to what they tell me; I’ve talked with parents and those who work with them, or on their behalf, and have examined a range of compelling evidence.

“All this tells me that we should be much further forward in delivering better outcomes for children, young people and families across NI. These issues require immediate action.

“It is unacceptable that over 100,000 children are living in poverty, that less than a half of children on free school meals achieved at least 5 good GCSE’s, and that more than 1,000 children and young people are waiting to access mental health services.

“The new Assembly and Executive present us with a great opportunity to get it right for children and young people, who are nearly a third of the population.  They must be clearly visible in the Programme for Government.

“Central to this will be the new Children and Young Person’s 10 Year Strategy, and making sure the issues are embedded at its core. The strategy must be accompanied by clear, measureable and realistic outcomes, bringing about real and meaningful change that will improve the lives of our young people here.

“On Monday 23rd and Tuesday 24th of May, the UN Committee will examine the UK Government’s track record on addressing these issues. This also includes our own Assembly and Executive.

“They will hear directly what progress has been made since the last review in 2008, and following the hearing, the Committee will issue a report with its Concluding Observations.

"I feel they have an unprecedented opportunity to get this right for all children and young people. And as Commissioner I will be doing all in my power to ensure that it happens.

“I would encourage you to join with me on the 23rd and 24th,  to hear if the Government has lived up to its promises from 7 years ago, and what it is doing to address new issues that have emerged.”

Over the past 12 months the Northern Ireland Commissioner for Children has worked with other Children’s Commissioners across the UK, and liaised with NIHRC and NGOs to provide information to the Committee on the Rights of the Child on the implementation of the UN Convention of the Rights of the Child (UNCRC) in Northern Ireland. Through this process a wide range of breaches of children’s rights have been identified, and a comprehensive set of recommendations provided.

The Committee will question representatives of the UK and devolved governments on 23 and 24 May 2016, and will then publish a set of ‘Concluding Observations’, recommendations,  as to what actions must be taken by the government’s to address the ongoing breaches of children’s rights in each jurisdictions.