Scroll down to find out more about our work on Brexit. 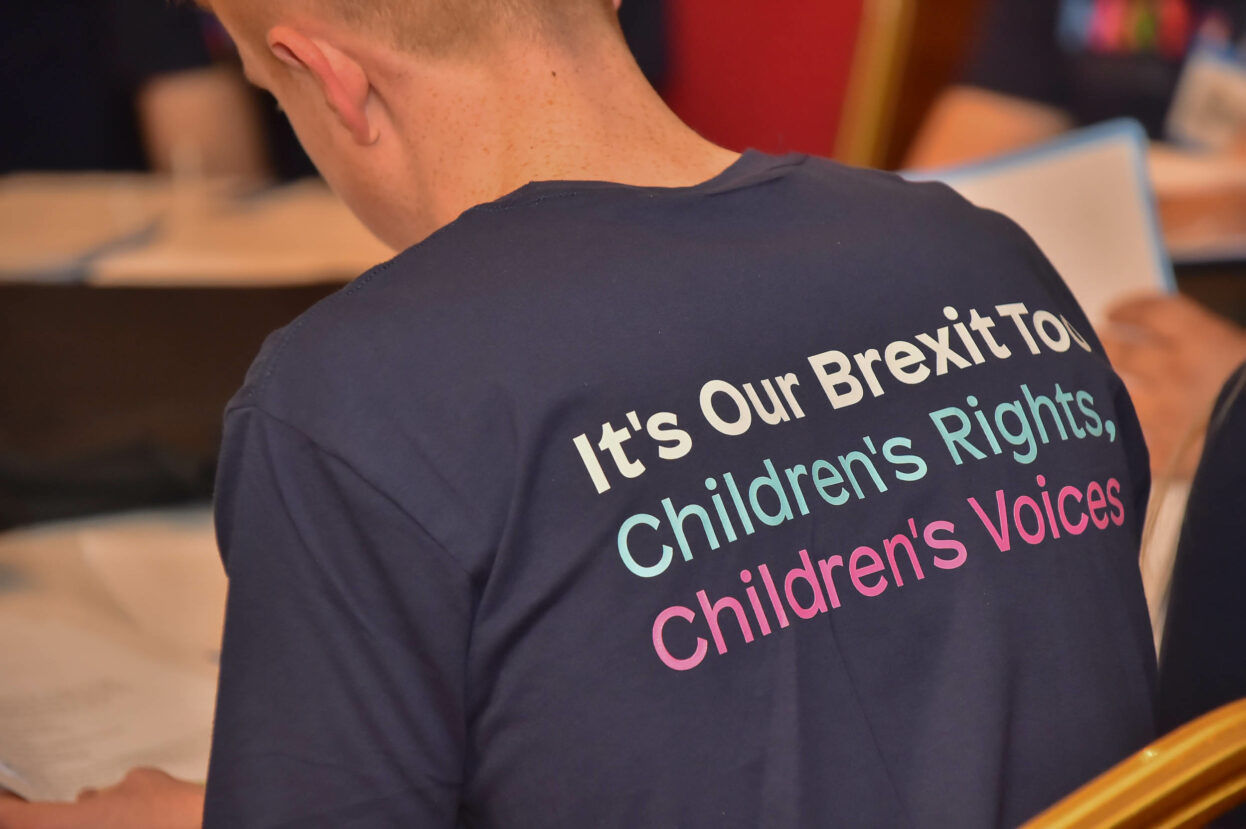 NICCY has published its ‘UK WITHDRAWAL FROM THE EU – ‘BREXIT’ Implications for Children and Young People in Northern Ireland’ paper (Dec 20).

The Northern Ireland Commissioner for Children and Young People (NICCY) and the Ombudsman for Children (OCO) in Ireland held a conference involving over 100 young people to explore the impact of Brexit on Children’s Rights. 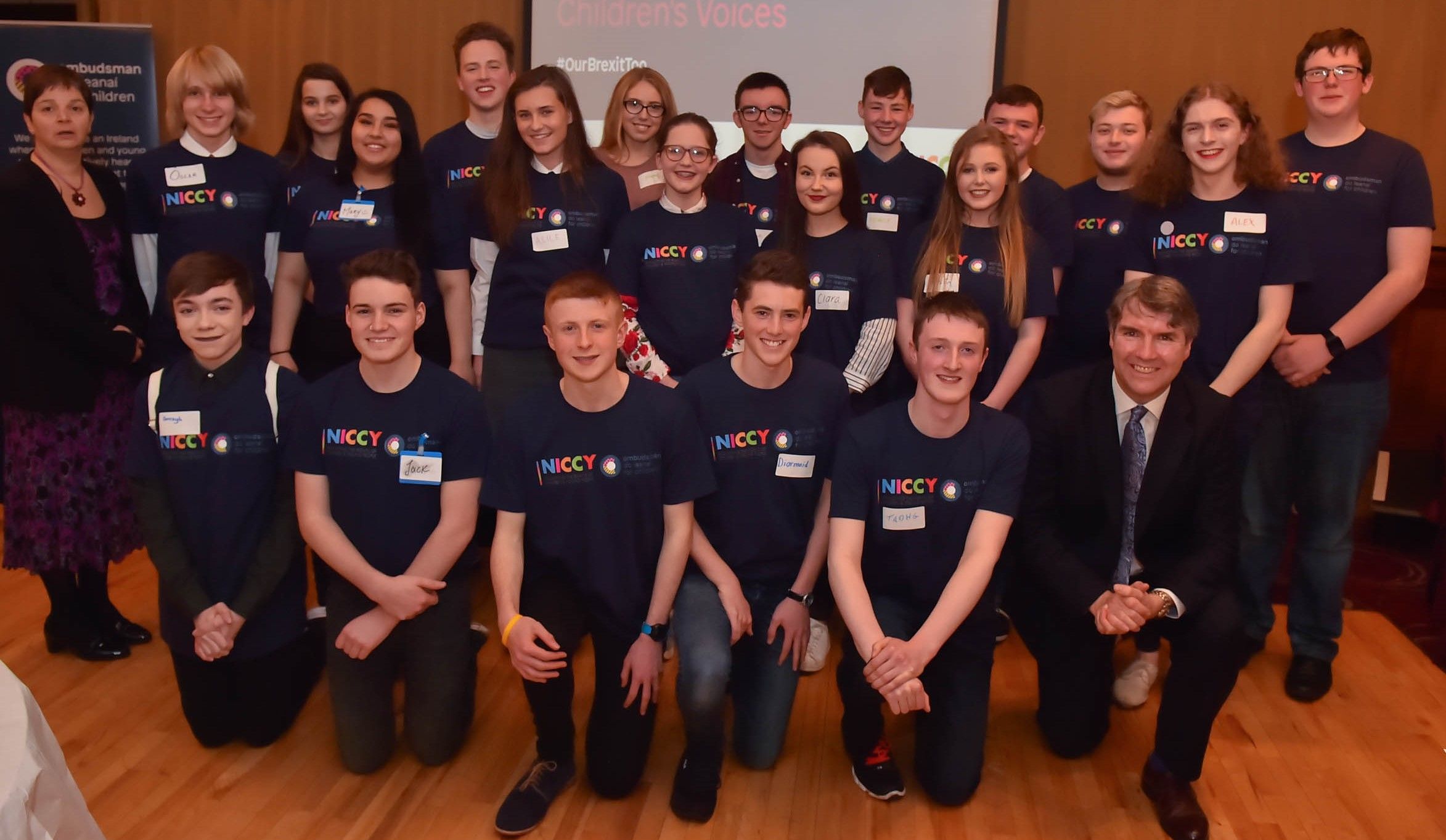 They worked with a cross border steering group of 22 young people, who developed and then led the event in Newry in November 2017. Together they explored how Brexit might affect children and young people in Northern Ireland and the Republic of Ireland, and provided key decision-makers with the opportunity of hearing directly from the young people of their concerns.

We have since heard from many of the political representatives who attended the event, and they have been amazed at the insight and understanding shown by the young people, and the range of issues raised in the discussions.

We have now produced a report of the event. This provides an overview of the key issues raised by the young people, and a number of recommendations for political representatives in relation to Brexit. 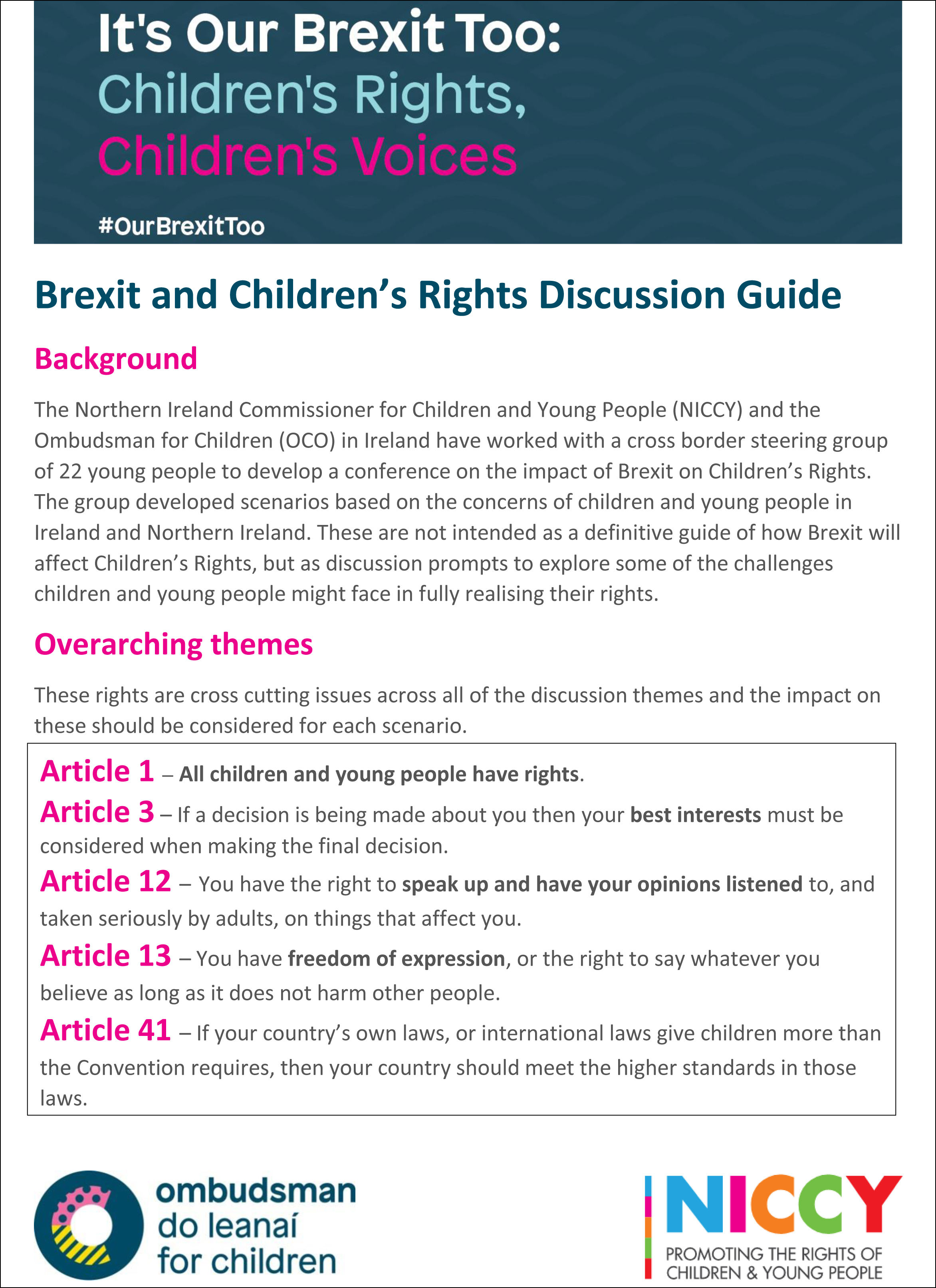