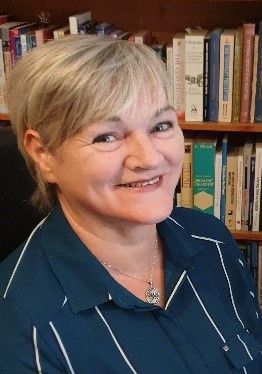 Mairéad was appointed Chief Executive of NI Commissioner for Children and Young People in February 2012.  NICCY’s mission is to safeguard and promote the rights and best interests of children and young people in NI.    A Graduate of both Queen’s and Ulster Universities, and Teacher by profession, she has worked on behalf of marginalised, vulnerable groups for many years in the VCS and Statutory sectors.  These included the LGB&T Community, Travellers, Young People outside mainstream education, and those involved with the Care and Justice systems.  Prior to taking up post at NICCY, she ran Integrated Services for Children and Young People delivering on Education, Mental Health, Family Support and Youth Services, having previously worked as Head of Newstart Education Centre, Teacher, ETI Associate Assessor and Lecturer.

Mairead has been an Advocate for Human Rights & Equality for many years – proactively involved in influencing policy and legislative developments and was a member of the NI Bill of Rights Forum as well as its Economic & Social Rights Working Group – and remains a member of a number of Human Rights Organisations.  She has served as Director / Trustee on a number of Boards in the statutory and VCS sectors and is currently a member of the Institute of Directors, Criminal Justice Inspectorate’s Audit & Risk Assurance Committee and on the Board of the Chief Executives’ Forum.

At NICCY as well as her role / duties as Chief Executive, Mairead directly heads up NICCY’s ‘Legal & Investigations’ and ‘Corporate Services’ Teams; she also leads on strategic areas of work in the organisation.