Introduction from the Commissioner 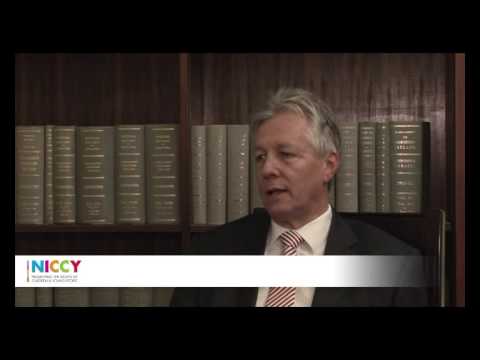 You can view a longer version of the document here:

Throughout the day, members from the NICCY Youth Panel were involved in the programme and its delivery – ensuring the ‘voice’ of young people was integral to the day, 'MC'ing the event and also speaking of their experiences.

Past members also spoke about their experience of NICCY, the Youth Panel and the importance of children’s rights. Current NICCY Youth Panel members talked about those issues facing young people today, such as bullying, negative stereotyping, Age GFS proposed legislation and poverty. Current panel members also spoke about how they see a future Northern Ireland society, one which respects the rights of children and young people.

Past members of the Youth Panel:

Alex, standing in for Mairead McCafferty - Chief Executive - gave her opening address to the event providing the overall context, informing of the reason for the event’s focus on Children’s Rights and the need for a Children’s Rights Bill for NI – following on from NICCY’s inaugural event last year - and the ongoing need to promote same at local, domestic, national and international levels.

Heather gave an introductory account of the work OFMDFM embarked on leading to appointment of the first Commissioner for Children and Young People in Northern Ireland.

Patricia addressed the delegates, giving her personal perspective on the role and work of NICCY since the office was established. She also drew on highlights of the work of NICCY over the past 10 years – some of which you can view “Promoting the Rights of Children and Young People: Highlights from the past Decade - 2003-2013” . She also presented on the status of Children’s Rights and emphasized the issues facing children and young people and how NICCY intends to progress developing Children’s Rights in domestic legislation.

Trond Waage was appointed Ombudsman for Children in Norway 1996 – 2004. Norway was the first country in the world to establish an Ombudsman for Children in 1981. Having previously worked as a child rights expert at the UNICEF Innocenti Research Centre in Florence, Italy, he is currently chairing an international team in the process of establishing the ‘International Institute for Future Generations’.

Mr Waage spoke on “Commissioners for Change” and focused on international trends based on the data from this global study on Ombudsmen which he initiated at UNICEF IRC and also on the challenges we are facing in the future.

Dr Bronagh Byrne and Professor Laura Lundy presented on their paper which was a collaboration between Queen’s University Belfast and Northern Ireland Commissioner for Children and Young People (NICCY). The paper looked at options for progressing the implementation of children’s rights in Northern Ireland. In particular, the project – involving stakeholder engagement - was intended to inform the development of options on progressing children’s rights legislation here and involved critical analysis of the existing evidence base and literature around the implementation of the CRC into domestic legislation.