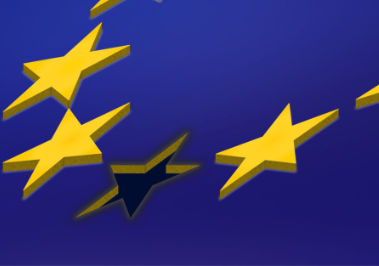 Last week Article 50 of the Lisbon Treaty was triggered and on Thursday the “Great Repeal Bill” white paper was published.  The UK is now ‘on the path’ of leaving the European Union.  What is at the end of the path is where our concerns lie.  As the formal Brexit negotiations begin there needs to be a clear understanding and recognition of the “particular circumstances of Northern Ireland” and specifically the needs and views of its children and young people.

Since June, NICCY has embraced every opportunity to discuss Brexit particularly with young people and their advocates.  Many of the young people (including those who believe that it presents opportunities), with whom we have spoken are deeply concerned about the uncertainty of their own futures and that of Northern Ireland in general.  Our work on Brexit is two-fold: firstly hearing the views and questions of young people, and ensuring that they are answered and their views taken into account.  Unsurprisingly young people’s questions have been clear and sensible and include the following:

Whilst the last question may appear flippant it does suggest that to a certain extent, young people “trust” that politicians and civic leaders will protect their rights and best interests during this process.  It is important to assure all young people that this is the case.

Having participated in the All-Island Civic Forum on Brexit, young people’s questions complement and echo those of adults.

Our second strand of work will be in working with others, to ensure that everyone involved in contributing to the negotiations is made fully aware of the concerns and views of young people alongside the children’s rights implications.

Recent statements from the UK Government that the Northern Ireland border will be one of the first items for negotiation is welcome. However it still feels that there is little recognition of the potentially devastating impact that a “hard” border will have on our fragile peace process and on the everyday lives of the young people living in border communities and indeed those who regularly cross the border to access services or meet up with family and friends.

Whilst NICCY will be working with Commissioner colleagues across the UK to ensure that the intricate rights protections that the EU provides for children and young people will be maintained, the main focus of our work will be to remind all concerned that Northern Ireland and its children require special attention.  They live in communities recovering from a conflict whose continuing resolution is guided by the Good Friday / Belfast Agreement, an international treaty that is rooted in UK, the RoI and the EU.

NICCY will work with others particularly NGOs North and South, government representatives, human rights bodies, the Ombudsman for Children, academics and of course children and young people themselves. As our work develops, we will publish formal statements in regard to progress,

Whilst most will argue that Brexit is inevitable, the nature of Brexit is not and it must be shaped and informed by all those affected by it, including children and young people.

At the time of writing the European Parliament passed the motion enabling negations to begin and I am somewhat reassured that it refers to the “the absolute need to ensure continuity and stability of the Northern Ireland peace process” and the need “to avoid a hardening of the border”.

So to answer the question what is a good Brexit deal? It is one that means the children of Northern Ireland enjoy the same rights protections, access to education, healthcare services and life opportunities that they have today and for which we strive to better tomorrow! 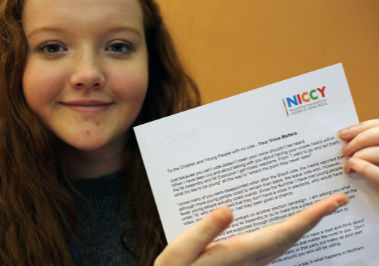