Scroll down to read the Commissioner's blog. 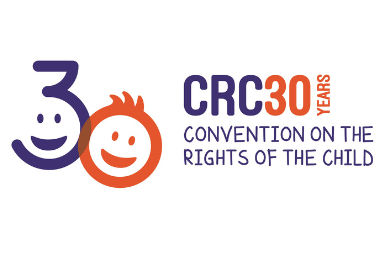 On the 20th of November 1989, the United Nations adopted the Convention on the Rights of the Child (UNCRC).

I could write about how the international Treaty recognises children as rights holders, that these rights are distinct and permanent and that as adults, we have a responsibility as duty bearers to uphold these rights. I could also remind you that it is the most ratified Convention in the world with every country bar one having signed it. But I won’t. Instead I’ll tell you about how we celebrated the 30th anniversary in Northern Ireland on World Children’s Day!

As the organisation tasked in law to hold Government and its various agencies to account for implementing the Convention, we at NICCY, thought it only right to mark the important milestone in style. And how else would you mark a birthday but with a celebration (it didn’t qualify as a party because there wasn’t any cake – despite my protestations!!). We wanted to celebrate with children and young people of all ages by making sure they had fun but also understood their rights a bit better. Children can only take their place as rights defenders if they have a full awareness of what those rights are.

The right to participate and be heard is central to the UNCRC so the first thing we did was convene our Youth Panel. The amazing group of young people from across Northern Ireland who I rely on as part of my day-to-day work and who volunteer to advocate for children’s rights were tasked with planning the event. Risk registers were completed, business cases approved and the interactive science exhibition centre, W5 in Belfast, was booked.

Over 1,500 children and young people aged 1 to 18 attended the day at W5 and successfully completed a series of rights-based challenges to become rights defenders. They gave their views to the Children’s Law Centre and worked with the Northern Ireland Youth Forum and Belfast Youth Forum to explore issues of mental health as part of their Elephant in the Room project. 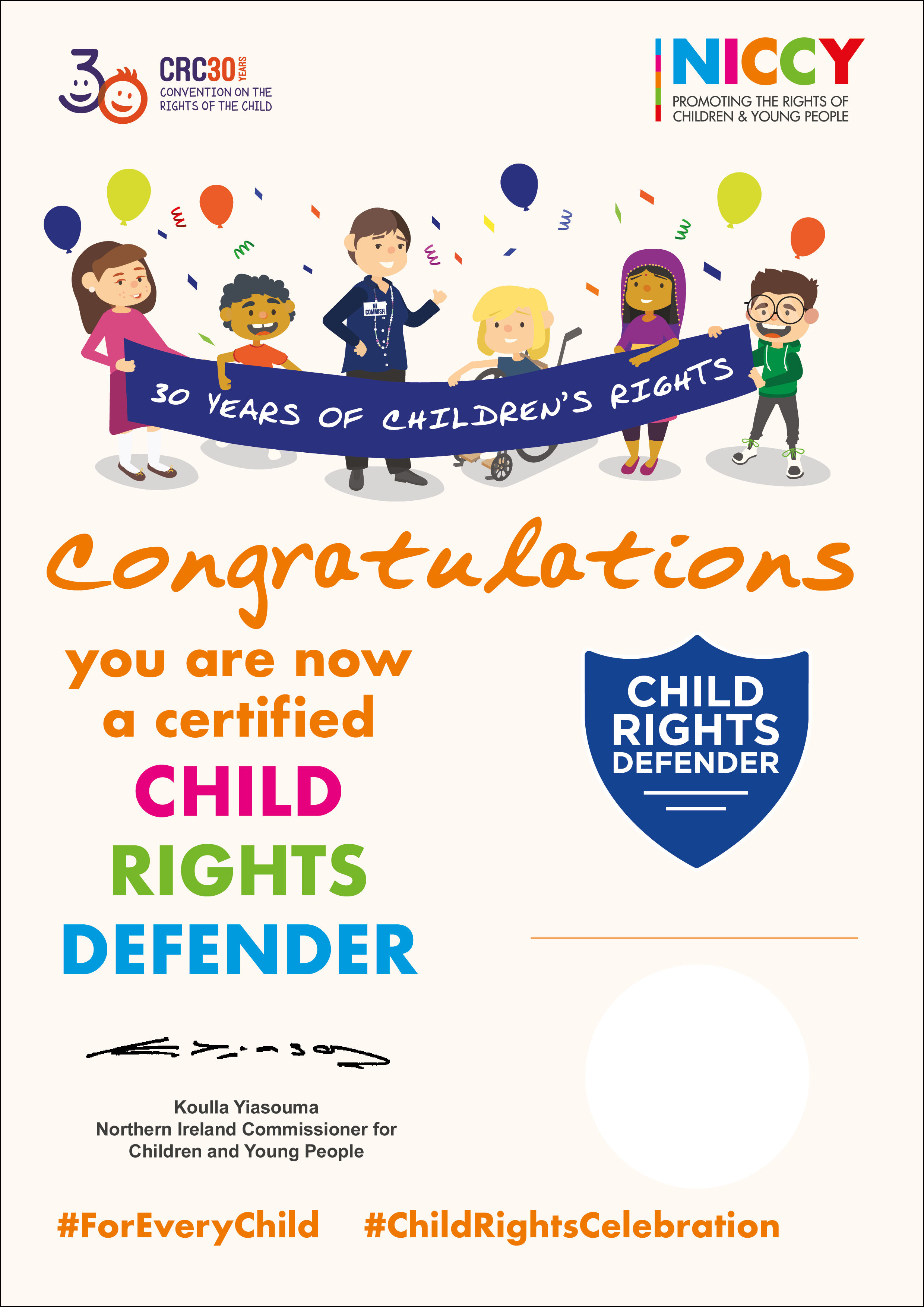 They talked to the Royal College of Paediatrics and Child Health about their right to health and engaged with the Northern Ireland Assembly Education Service on their right to education as young people and into adulthood. And they had a whole lot of fun getting to grips with the interactive activities throughout W5.  At the end of the journey, they were presented with certificates and declared bona fide Child Rights Defenders!

If that wasn’t enough we also hosted a Children’s Summit that afternoon as part of an international day of action to allow children an opportunity to engage with local politicians on the issues that matter most. Again, the NICCY Youth Panel worked over the summer to send out the invitations to the party leaders and invite young people to present. They then chose the eight presentations from the applications. Even though we announced our Summit before the General Election was called, we were compelled to adjust some of our media activities and I had to tone it down a bit as Summit Chair! 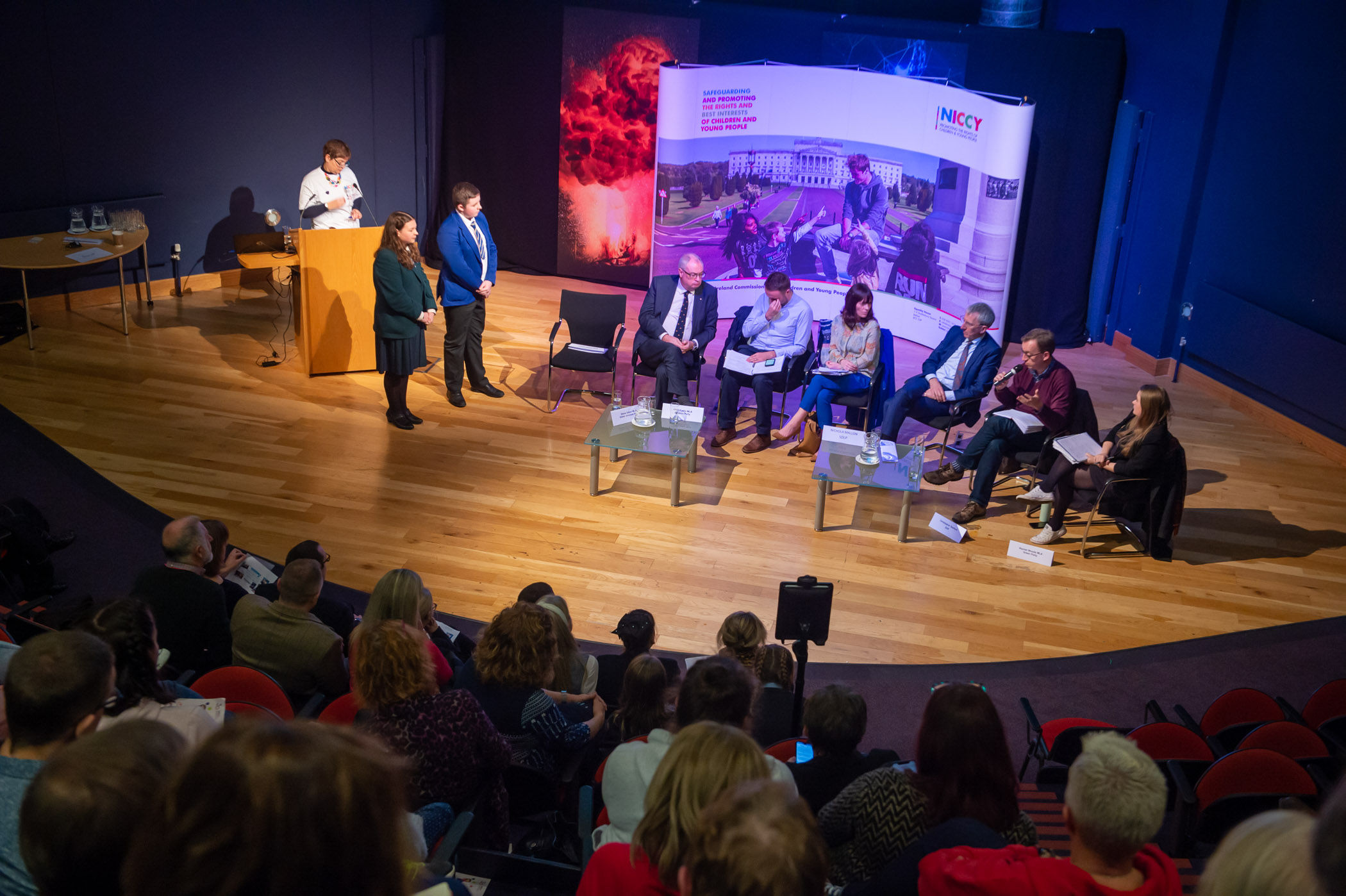 But that didn’t take away from a remarkable occasion. A group of invited adults and children and young people settled down in the Lecture Theatre in W5 to listen and participate in the debate. Representatives from six political parties took their places on the Panel. There are not enough superlatives to express my awe, pride and wonder at the seven individual young people and the group of three who presented with passion, commitment and expertise on a range of issues.

These included childen and young peoples’ best interests, education, poverty, cultural identity, mental health and climate change. Every presenter was compelling and it was impossible to disagree with their assertions and recommendations including the incorporation of the UNCRC into domestic legislation. By the end of the day enthusiasm amongst everyone present for children’s rights was very real. 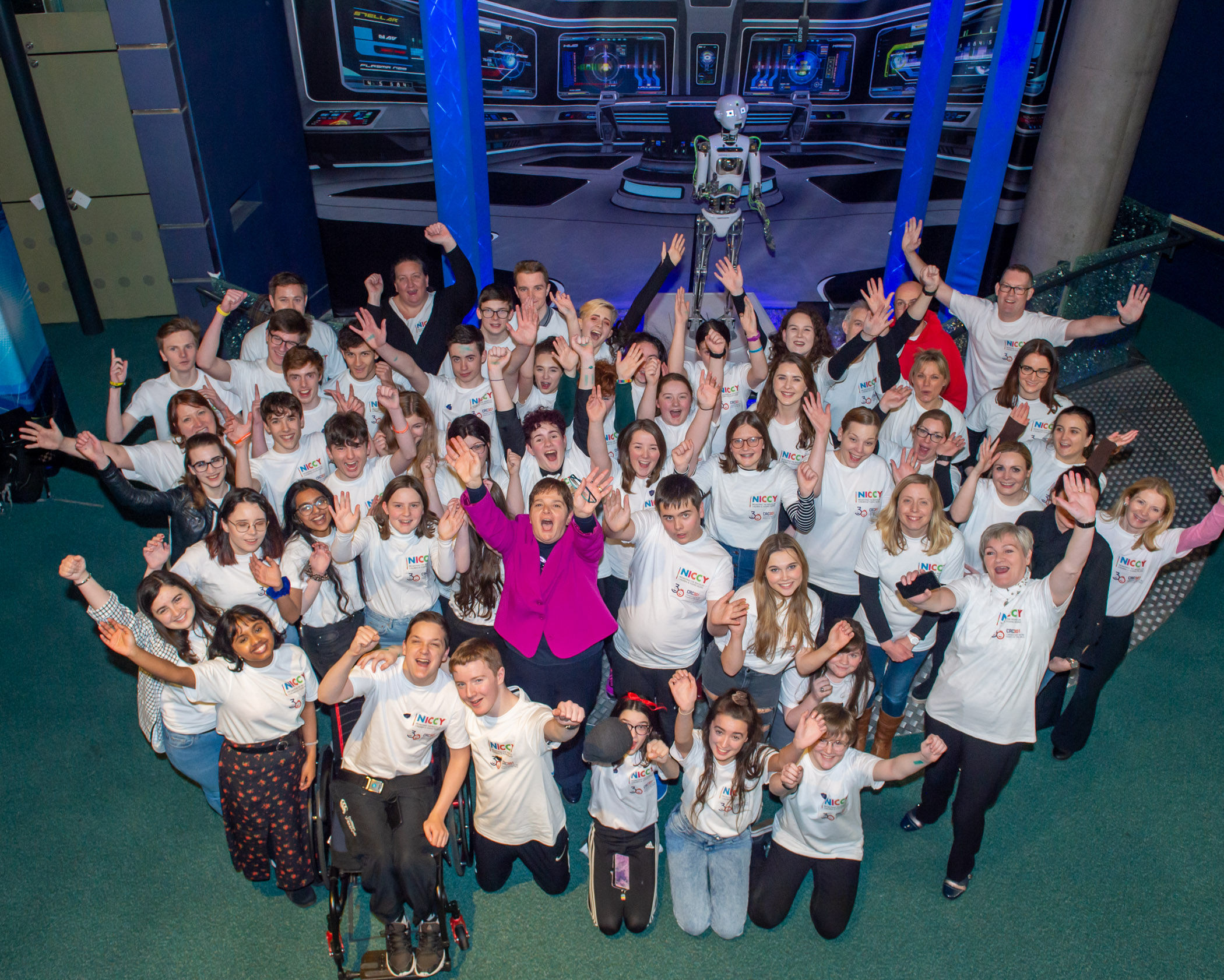 None of this would have been possible without the hard work of the whole NICCY team and our Youth Panel. We received fantastic support from the Department for Communities, the organisations already named and from those who volunteered from QUB, Prince’s’ Trust NI and Springboard Opportunities who expertly joined the event team.

I appreciate how lucky NICCY is to have been able to celebrate the UNCRC in this way and it is important to note that it was one event amongst many held throughout NI during the year. These events remind us that children and young people are active participants in our society. Celebrating the rights of our children is not just for 2019 but for every year until all 42 promises within the Convention are fully realised for every child.

The UNCRC anniversary was marked all around the world but the best place to be was in W5 on the banks of the River Lagan in Belfast with children and young people from all over Northern Ireland celebrating and claiming their rights. 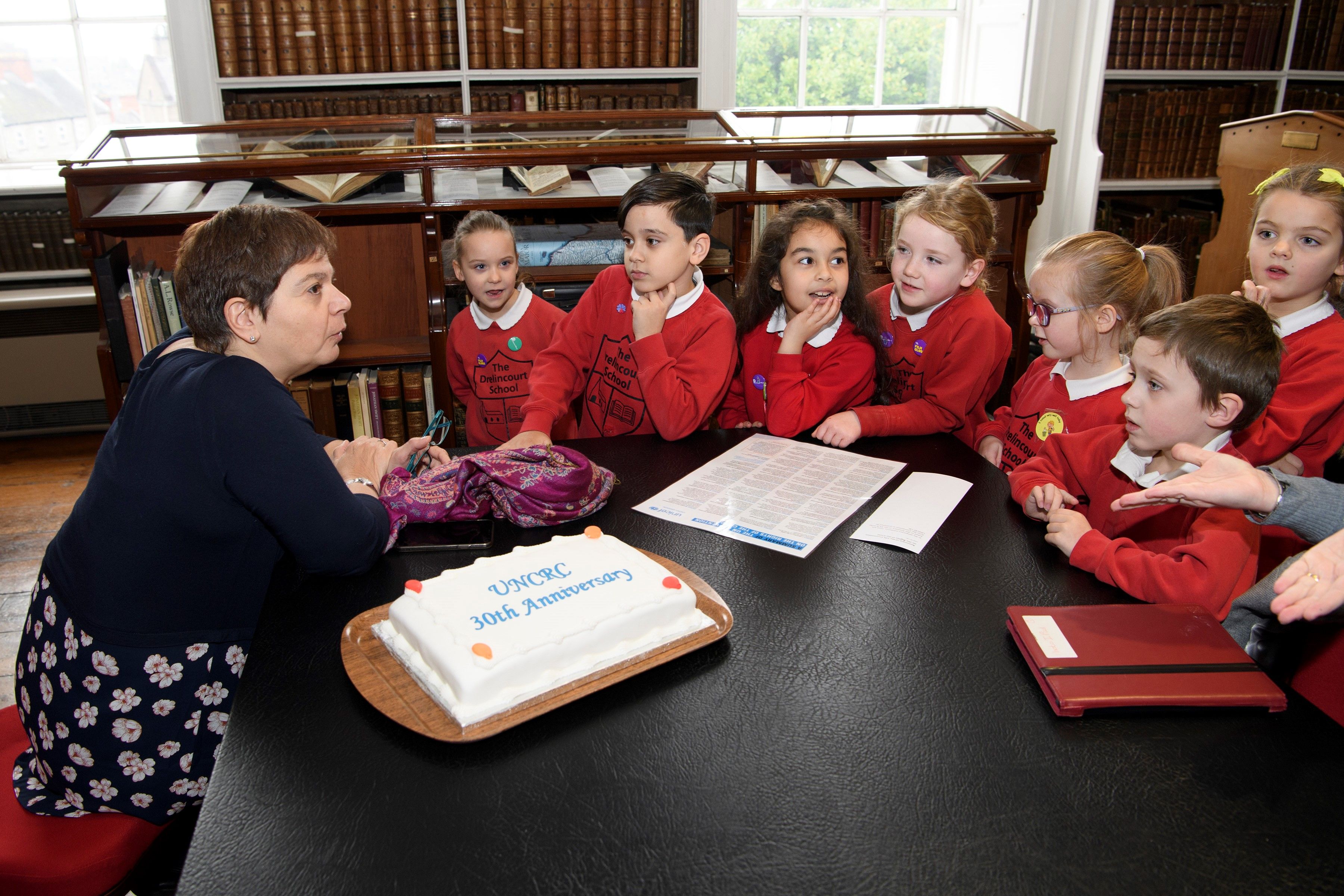 And in case you were wondering I did get cake in the end, it was a couple of days’ later but it was worth the wait! We’ll keep working hard to ensure our children don’t stay waiting for all their rights to be enshrined in law. 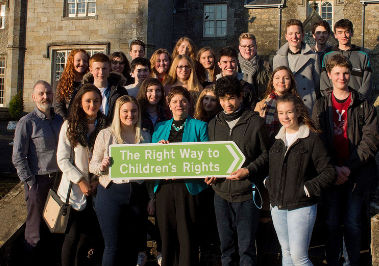 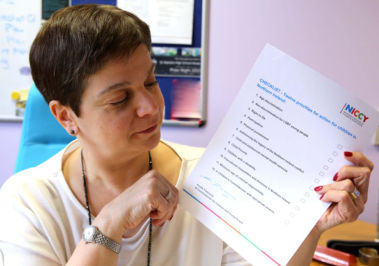 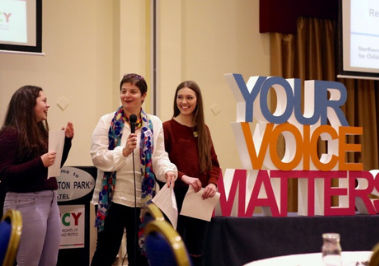