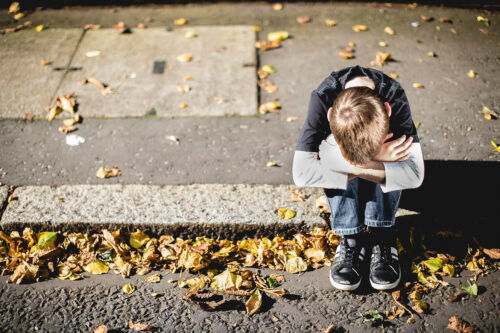 All children and young people in Northern Ireland are protected against discrimination on the grounds of race, gender, sexual orientation and religion.

However they are not protected on the grounds of age. Government plan to develop a law that would protect everyone from age discrimination when they need medical treatment, buy some goods and insurance, access public transport and educational services or rent a house. These are all examples of what the government is calling ‘Goods, Facilities and Services’ (GFS).

This legislation, as proposed by the Government, went out for public consultation in Autumn 2015 but included proposals would exclude young people under the age of 16 years.

Our work on GFS

Following NICCY’s successful complaint against The Executive Office’s (OFMDFM) compliance with its approved Equality Scheme in carrying out its consultation on proposals to introduce Age Discrimination (Goods, Facilities and Services) legislation, NICCY held a seminar in Equality House on 31st May 2017 to update stakeholder organisations.

In December 2015, the Northern Ireland Commissioner for Children and Young People made a complaint to the Equality Commission for Northern Ireland highlighting failures by The Executive Office to consult with children and young people appropriately when it was proposed they be excluded from age discrimination protections.

The Equality Commission upheld NICCY’s complaint and found that The Executive Office (TEO) was deficient in terms of directly seeking the views of children and young people under 16, removing barriers and ensuring accessibility for this age group and making relevant information available to them. In particular, they identified:

Despite being presented with an abundance of evidence telling them why all children and young people under 18 should be included in this protection, (then) Junior Ministers Bell and McCann announced that proposals would only apply to people aged 16 and over.

Expert evidence has told us that there is no legal reason why children and young people of all ages shouldn’t be included in and protected by this legislation.

“Like me you may, at times, be left speechless as to how, from the start of her life, the needs of this child - became one dimensional i.e. focused on accommodation –and continue to be so to this day. There must be #NoMoreVickys” - @ShriekingGreek https://t.co/oNWZWzxQVn Read more
Instagram @niccy_yp