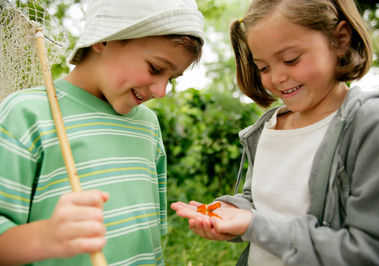 An Investigation has found the Executive Office failed in its legal obligations to properly consult with children and young on proposed age discrimination legislation (Age GFS).

A complaint made by the Northern Ireland Commissioner for Children and Young People, to the Equality Commission for Northern Ireland highlighted failures by The Executive Office to consult with children and young people appropriately when it was proposed they be excluded from age discrimination protections.

“Government departments cannot pick and choose who has access to equality.

“Ignoring robust and considered advice, the Executive Office proposed to exclude children under the age of 16 from age discrimination protections without providing evidence as to why.  This is particularly concerning given that, at the time, this was the lead department for both equality and children and young people’s issues.

“It also failed to see that under 16s would be directly impacted by their exclusion from protections that other age groups would be afforded. It therefore didn’t consult with them appropriately, as it is legally required to do.”

The proposed legislation, which has still to be introduced, despite commitments in the 2011-2014 Programme for Government would have protected people from being discriminated against because of their age when they accessed a range of goods, facilities and services (GFS), including in healthcare, education, financial products, insurance and public services.

This would have brought age in line with other section 75 categories including gender, race, religion and sexual orientation. It was however, proposed to exclude under 16s from these protections.

“I welcome the outcome of the Equality Commission’s investigation.

“I have seen, time and time again, parents having to fight for their children’s rights to goods, facilities and services such as extra support in education and vital health services that have been denied to them, in some cases not on the basis of need, but simply because they were a few months off an arbitrary age set by policy makers.

“While I appreciate that the newly elected MLAs are in a period of negotiations, I look forward to seeing a comprehensive consultation with children and young people on age discrimination laws without delay. I also look forward to evidence based decision making by our new government and age discrimination protection for all ages in Northern Ireland as soon as possible.”

The Equality Commission found that The Executive Office (TEO) was deficient in terms of directly seeking the views of children and young people under 16, removing barriers and ensuring accessibility for this age group and making relevant information available to them. In particular, they identified:

The investigation concluded that TEO breached its Equality Scheme commitments in seeking the views of those directly affected; accessibility and removing barriers to consultation and making relevant information available.

The Equality Commission’s recommendations are –

1. The Executive Office should conduct a consultation specific to the needs of children and young people, on the proposals to extend age discrimination legislation to include protection from discrimination in the provision of goods, facilities and services.

a. ensure the use of appropriate mechanisms to seek the views of children and young people;

b. be accessible to children and young people and remove any barriers to their participation.;

c. provide appropriate information, including EQIA information, which is relevant to children and young people.

2. The above consultation results should be used to supplement the results of the earlier consultation in consideration of furthering the policy objective.

3. The Executive Office should report to the Equality Commission within 3 months on progress in consultation with the children and young people.