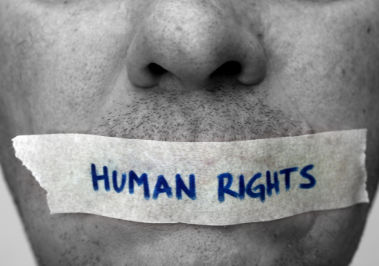 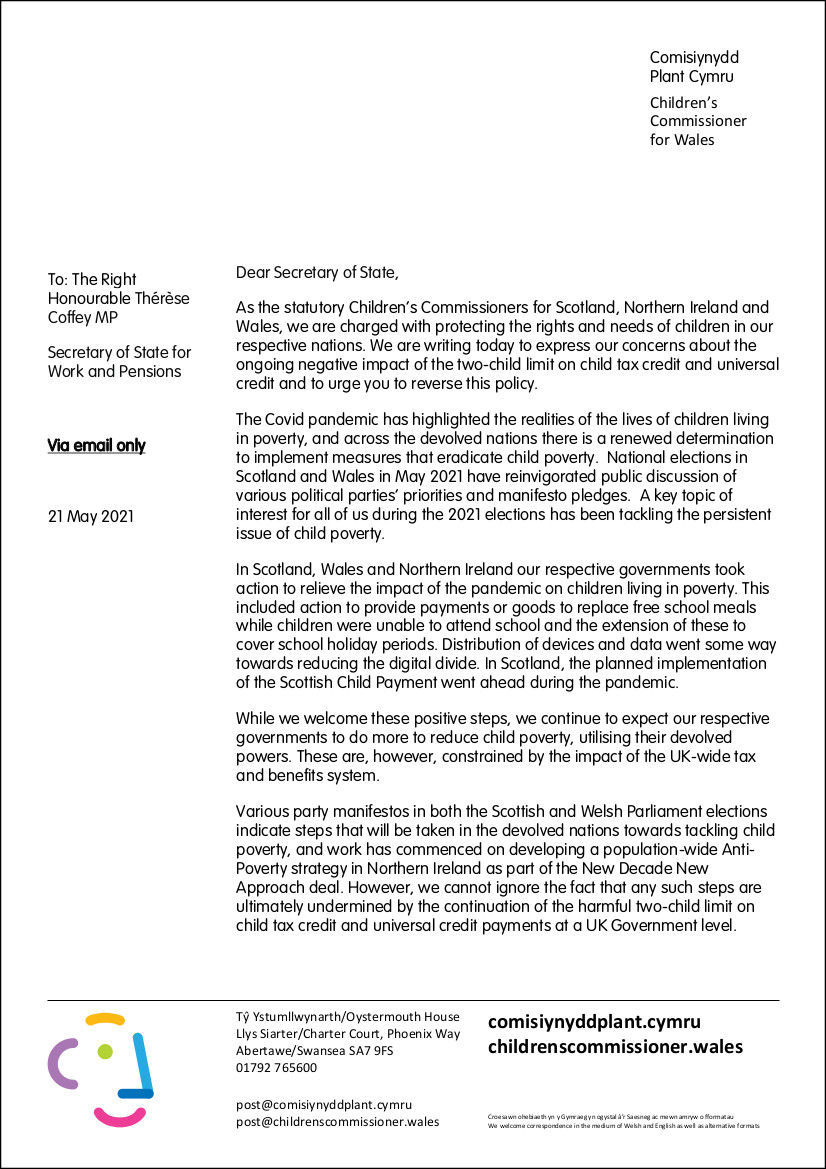 The Children’s Commissioners of Northern Ireland, Scotland and Wales have today published a letter they have sent to the Secretary of State for Work and Pensions calling for an end to the two-child limit on Universal Credit and Child Tax Credit.

In the letter, the Commissioners state that the policy, which disallows benefits payments to the third and subsequent children born after April 2017 in most circumstances, is “a clear breach of children’s human rights” that is inconsistent with the commitments made by the UK through the ratification of the United Nations Convention on the Rights of the Child”.

The UK Parliament’s Work and Pensions Committee will today hear evidence from Bruce Adamson, Children and Young People’s Commissioner for Scotland who will present the collective view of the Commissioners in Northern Ireland, Scotland, and Wales, that the efforts of their devolved governments to tackle child poverty are restricted by UK benefits rules.

He will talk about the impact of current welfare benefits on child poverty in Scotland and explain that before Covid-19, poverty represented the greatest human rights issues facing children but now over one year later the situation is much more serious.

Children’s Commissioner for Northern Ireland, Koulla Yiasouma said: “While work on a population wide Anti-Poverty Strategy in Northern Ireland gives cause for some optimism, the continuation of the harmful two child limit on child tax credit and universal credit payments at a UK Government level will ultimately undermine this good work.

“The Child Poverty Action Group has recently estimated that if this policy was ended today ‘200,000 children (in the UK) would immediately be lifted out of poverty, and 600,000 children would be in less deep poverty, at a cost of only £1 billion’[i] .

Children should not be penalised for actions beyond their control and this policy disproportionally impacts children in Northern Ireland because we have larger families here.”

Children’s Commissioner for Scotland Bruce Adamson: “We will continue to hold our devolved governments to account in relation to their obligations to respect, protect and fulfil children’s rights, but these governments can only go so far in their efforts to ensure children and their families get the support they are entitled to, while this discriminatory policy also remains in force at a UK level.”

The open letter to the Right Honourable Thérèse Coffey, MP states that the two-child limit breaches children’s rights to an adequate standard of living and is contributing to a rising gap in poverty levels between families with three or more children and smaller households. The Commissioners note that the policy also has disproportionate impacts on social groups where larger families are more common, such as some minority faith and ethnic groups and in Northern Ireland where families are larger than the rest of the UK.

The Commissioners conclude their letter by stating that the ‘levelling up’ agenda signalled in the Queen’s Speech earlier this month must start by discontinuing the two-child policy:

“With the focus in the Queen’s speech in May 2021 on ‘levelling up’, there can be no excuse for continuing to breach children’s rights through this discriminatory policy that will continue to harm and prevent children and families from moving beyond the impact of the global pandemic.”