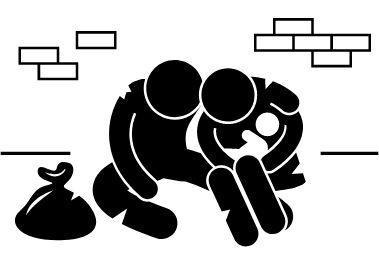 The NI Children’s Commissioner has today warmly welcomed the publication of the Report by the United Nations Special Rapporteur on extreme poverty and human rights following his mission to the United Kingdom of Great Britain and Northern Ireland from 5 to 16 November 2018.

“Philip Alston’s independent Report is not only a believable account of the current daily hardship experienced by too many families and children in Northern Ireland; it is a sharp warning that to continue with current welfare policy and low paid jobs is to tighten poverty’s grip on the most vulnerable in our society.

“Every day, I see further evidence that social security changes are worsening the options afforded to families with dependent children. I share Mr Alston’s grave observation that the requirement for Northern Ireland to shield its least well off by mitigating against the worst impacts of austerity, as a damning indictment of government policy.

“Children growing up in poverty do not do as well at school, experience many more health problems and have lower levels of life expectancy. Earlier this year, the Northern Ireland Audit Office called for better working across departments and for local strategies to respond effectively to those households who face adverse impacts of welfare reform. This must be progressed.

“In my submission to the NI Affairs Committee Inquiry I will call for a new package to be designed following a comprehensive assessment of the impact of social security and tax credit changes on children and their families, as we fast approach the end of local mitigation measures in March 2020.

“Child poverty continues to be one of my core priorities in recognition of not only the unacceptable numbers affected in Northern Ireland but also the profound impact poverty has on the realisation of children’s rights.

“There is insufficient understanding of the impact that changes in social security and other austerity measures are having on children and young people and I call on all political parties in Northern Ireland to make eradicating child poverty a priority.”

The Commissioner added: “I look forward to seeing UK Government’s response outlining how it intends to implement the Special Rapporteur’s recommendations.”