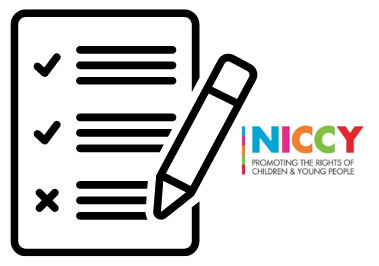 Welcoming the first report from The Independent Reporting Commission (IRC) on progress on tackling paramilitary activity in Northern Ireland, the Children’s Commissioner and Victim’s Commissioner have issued the following joint statement.

“The launch of the ‘Ending the Harm’ publicity campaign last week is an example of how paramilitary activity continues to have a detrimental impact on the lives of our children and young people.”

“The Victims and Survivors Forum who met with the IRC Commissioners back in June, and indeed many of the individuals I meet with as part of my work are clear in their position with regards to our violent past; ‘this must never happen again,’” says Judith Thompson, Victims Commissioner.

“Yet, since the 1998 Good Friday Agreement, over 150 people have been murdered by both loyalist and republican paramilitaries in Northern Ireland.  Hundreds of families’ lives have been exposed to paramilitary violence causing severe, often life-changing physical and psychological injuries and as Koulla rightly points out, many of these victims are children and young people who have witnessed horrific attacks or been subjected to barbaric beatings and shootings that can have a profound and lasting impact on their emotional health and wellbeing.”

The ‘Tackling Paramilitary Activity, Criminality and Organised Crime’ Executive Action Plan set out how Government intends to implement recommendations from The Fresh Start Panel Report on the Disbandment of Paramilitary Groups in Northern Ireland.

Koulla continued, “I note this is a first report and it would not be reasonable to expect evidence of success but rather that progress is being made. In relation to actions directly affecting children and young people, it is disappointing the report identifies slow progress.

“This is evident when we look at progress on ‘ambitious community-based approaches’ for communities in transition (B4), education and training programmes for young people in deprived communities (D1) and in identifying added value to the additional resources from Fresh Start in relation to reducing segregation in education and housing (D2).

“There is no place in our society for these gangs who claim to ‘protect their communities’ yet operate for their own ends, they must be rejected and our communities, and in particular our children and young people, protected from them.

In 2018 ongoing paramilitary intimidation and violence represents one of the most destabilising legacy issues perpetuating the trans-generational impact of the Troubles, Judith Thompson therefore welcomes the IRCs acknowledgement that as a society, we need to address the critical issue of legacy.

“Ongoing paramilitarism remains a pernicious feature of life in communities that were exposed to the most intense levels of conflict-related violence devastating the lives of generations of many families including children and young people.”

“It is essential we see tangible progress on each of the actions set out in the plan,” adds Koulla Yiasouma “This is the only way our children and young people can be free from the violence that so-called paramilitary groups perpetrate on their communities.  As we move into the second year of implementation I look forward to engaging with the IRC and relevant government departments to make sure that tangible progress is made”

“As Commissioner for Victims and Survivors, I very much welcome the First Report of the Independent Reporting Commission.  It provides an important and timely reminder of the serious threat of paramilitarism to the wellbeing of individuals including children, young people and wider society in Northern Ireland.”

Looking forward the two Commissioners said: “Ending the harm associated with paramilitarism should be an important priority for everyone. We each commend the ongoing efforts of statutory and community-based agencies in working collaboratively to reduce the influence and coercive control of paramilitary groups as part of the Executive’s Tackling Paramilitarism Programme, and we look forward to continuing to work and engage with them.”