NI Children Must be Better Protected from Criminal Gang Abuse 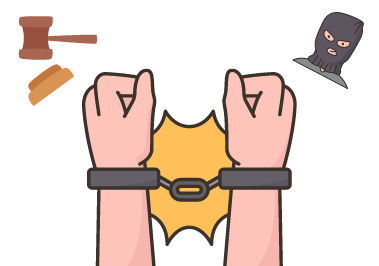 Serious questions raised about how well NI framework for safeguarding children and young people currently protects those who are abused by paramilitary or criminal gangs.

“Children and Young People are not being properly protected from the wide-ranging effects of being exploited by so called paramilitaries or criminal gangs.

“While we hear about high profile assaults and shootings or episodes of civil unrest in the media, we rarely hear about the full range of harm and abuse which affects children and young people’s daily lives.”

Concerns about young people’s safety includes threats to life if they do not leave areas or comply with requests, drug debt and involvement in distribution and supply; being coerced into intimidating or harming others; violent protest and civil unrest; and recruitment into or being ‘claimed’ by paramilitary or criminal gangs.

The Commissioner continued, “These all relate directly to the abuse and exploitation of children and young people and must be recognised and named as such. Children must be seen as children first and responded to by the child protection system.

“Representatives from statutory and voluntary and community organisations have spoken passionately to us about the levels of vulnerability they see in young people who can become exploited by these organised gangs. Young people may have prior experiences of abuse and exposure to violence, mental health difficulties, exclusion from education, drug and substance use, lack of self-esteem or identity, lack of opportunity and lack of hope for the future.”

In the first ever Northern Ireland Youth Wellbeing Study [i] published last year, 2 in 5 young people reported that paramilitary groups create fear and intimidation in their area with more than half agreeing or strongly agreeing they contribute to crime, drug dealing and anti-social behaviour in their area.

“It is clear this remains a huge and very worrying issue for our children and young people and our government must meet its obligations as a signatory to the UN Convention on the Rights of the Child to protect them from all forms of harm and exploitation”, said Koulla.

She continued, “We know young people are being provided with drugs and developing, at times very significant, drug debts paid through involvement with the gangs and distribution of drugs or other activities. The pace at which this can escalate has been a consistent theme in concerns described to us and the challenge for young people to remove themselves from such debts can be overwhelming.”

The Children’s Commissioner concluded, “The concerted work being undertaken to support and protect children and young people in their communities across Northern Ireland must be acknowledged and praised. The role of community and voluntary organisations in this work, as well as the involvement of many statutory agencies, such as the Education Authority and PSNI should be commended. However, the role and remit of safeguarding agencies here is less clear.

“This raises serious questions about how well the framework for safeguarding children and young people currently protects those who come to harm at the hands of these criminal gangs. Guidance and procedures must fully address the abuse and exploitation children can be subjected to within their communities. It must also seek to learn from other jurisdictions where work to support children who are victims of criminal exploitation has been progressed to a greater extent.”

The Commissioner provided advice to the Department of Health and Justice, the wider Executive and agencies which states they must: