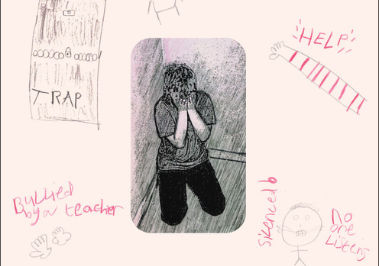 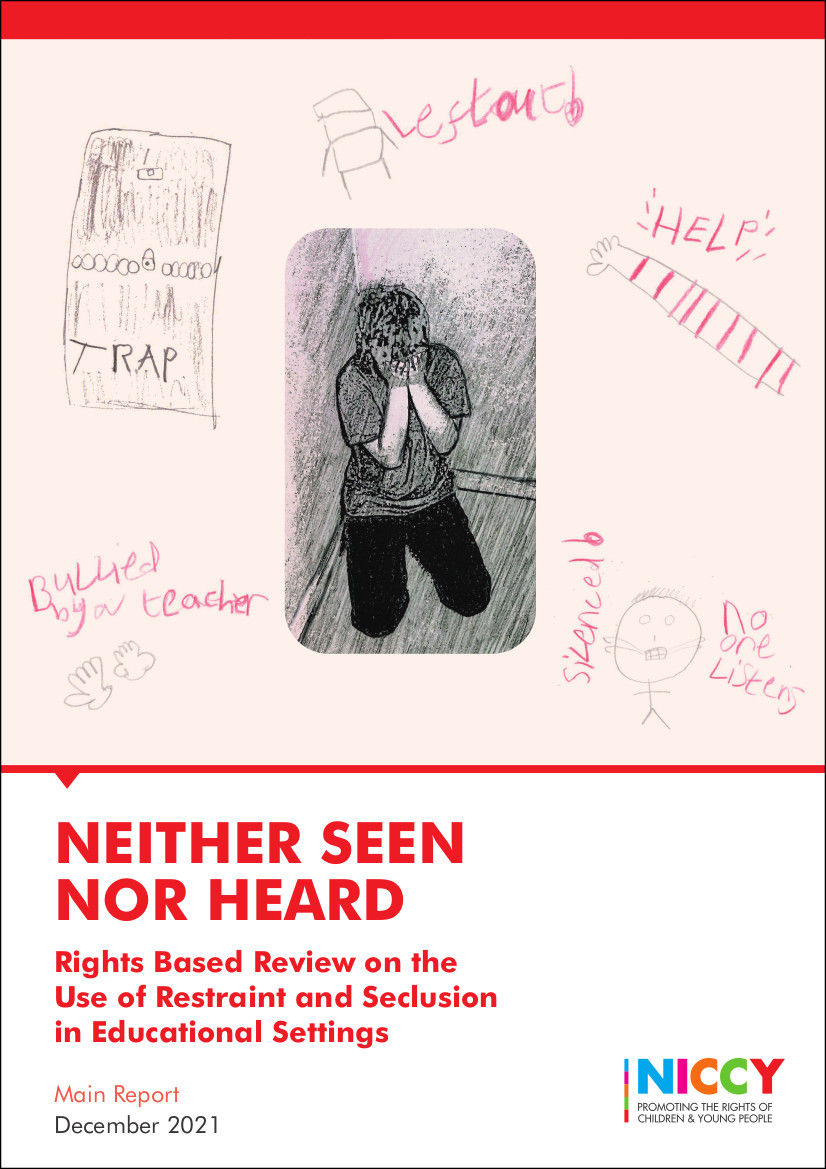 Launching ‘Neither Seen nor Heard – a Rights Based Review on the Use of Restraint and Seclusion in Educational Settings’, Koulla Yiasouma, NI Commissioner for Children and Young People, said,

“While it’s impossible to know the true extent of the practices in schools throughout NI, our small study shows that they do happen and when they do, the impact on children and their families can be devastating.

“Parents revealed the negative impact the practices had on their child’s behaviour and sleep. Poor mental health and withdrawal from family life were consistent throughout parent’s accounts. Eating disorders, self-harm, suicide attempts and ideation were some of the more extreme manifestations of the adverse impacts on children.”

Restraint and Seclusion are practices that intentionally limit a person’s freedom of movement or function. Seclusion is placing and keeping someone (alone) in a room or other space where they are unable to leave. The elements of restraint considered by the review are mechanical restraint (use of device or equipment) and physical restraint (use of direct physical contact). The Review received 234 survey responses from Principals and engaged with 39 parents/carers and 9 professionals.

Koulla continued, “Too often when restraint and seclusion is used, it is about discipline and control and an attempt to address perceived ‘behavioural problems’ rather than recognising the environmental, social and/or emotional needs of the pupils.”

Schools are not currently required to record or report instances of restraint or seclusion or to inform parents that they have occurred. This makes it impossible to know how widespread the practices are and has led to some parents only finding out their child was restrained or secluded after seeing a change in their behaviour.

One parent described their experience of their child being restrained and secluded (full recording in Notes to Editors):

“One instant their teacher had told them to sit down, they were staring at their book apparently, (the) teacher stated they wouldn’t sit down, he was being ‘defiant’ and was a risk to himself  so they were restrained, by three adults…one had a knee on their back…the Acting Principal told me…an adult held their head…she held my child’s arms behind their back and a third adult held their feet… they were 6 years old…then these three people carried them out of the classroom, down the hallway, and locked him in this storeroom again….all because they wanted to get up to look at a book in the library corner while everyone else was doing work.  I had asked for an incident report form, I was told the school didn’t have one”

A boy, aged 12, shared his story (full recording in Notes to Editors):

“I struggled at break and lunch because of the noise, I stopped eating and dropped to 3 and a half stone, my school found out and their answer was to put me in a room on my own. I felt trapped and alone. I don’t like to be different, but I am, I started to self-harm. I could not see a way out; I had no hope. I wish my mum didn’t have to fight for support but I’m glad she did because I wouldn’t be here today, we deserve to feel safe and happy.”

The Commissioner concluded: “These and the many other stories contained in my Review must be the catalyst for change. We have very clear recommendations for the Department of Education to implement as part of its ongoing work and its own upcoming Review of Restraint and Seclusion. This should aim to ensure the necessary change in practice in educational settings is child rights compliant. My review will officially inform this.

“Restraint should only ever be used as a measure of very last resort when a child or other children are at risk, educational settings should report ALL instances on the rare occasions that it takes place and teachers must attend rigorous training to ensure safety is paramount and that focus is on prevention, de-escalation and reflective practice. Children should never be secluded from other pupils for any reason.”

The Commissioner has committed to monitoring the implementation of these recommendations and will engage all relevant agencies to ensure improved outcomes for children and young people.