Not enough being done to tackle Child Sexual Exploitation 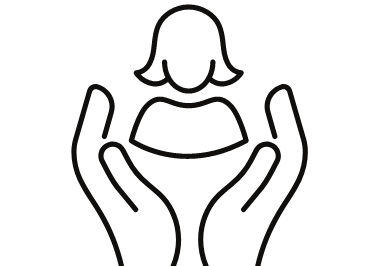 “The Marshall Inquiry was clear that CSE is an issue that threatens the safety and well-being of every child in Northern Ireland. In the four years since the Inquiry reached its conclusions, I have monitored how well Government is learning the lessons from the independent report.

“Since my last assessment of the CSE Progress Reports in 2016, the government has not sufficiently demonstrated real improvements across education, health and social care, policing and justice to tackle exploitation and abuse.

“I do not underestimate the challenge of implementing such a wide range and large number of recommendations but it is disappointing that issues we have previously raised have not been addressed. Departments must revise the reporting format to include evidence of impact and improved outcomes.

“I commend the professionals who continue to work tirelessly to protect our children. However, Government must give us confidence that real change in how well we are protecting children, supporting those who work with them and prosecuting those who abuse and exploit them has been achieved.

“I call on government to publish clear evidence of the improvements that have been put in place to help vulnerable children and young people and I will continue to monitor progress.”

“The United Nations Convention on the Rights of the Child recognises that children as rights-holders have special rights to protection from abuse, exploitation and trafficking and to be supported in their recovery from abuse.”

If you have been affected by CSE or are worried about someone who may be affected please contact social services, the police or NSPCC on 0808 800 5000.

The Independent Inquiry into CSE concluded that CSE “must be regarded as a significant and growing threat to the welfare of children and young people” in Northern Ireland and assessed how well statutory services and other organisations were protecting children and taking action against abusers. The Inquiry set out a wide range of recommendations (77 in total with 17 key and 60 supporting recommendations) across health and social care, education and policing and justice.

Four rounds of progress reports have now been published. In October 2015 NICCY produced a review of Departmental Child Sexual Exploitation (CSE) Implementation Plans and in November 2016 completed an assessment of the first two rounds of Progress Reports.  NICCY found that Implementation Plans and Progress Reports were fragmented, inconsistent and needed to more directly address the substance of the Inquiry’s recommendations. The Commissioner called for Government to ensure independent oversight was in place to assess whether responses to CSE were improving protection and support for children.

In 2016 following examination of the UK and devolved governments, the United Nations Committee on the Rights of the Child highlighted that in Northern Ireland the recommendations of the Independent Inquiry into CSE must be implemented.  NICCY also notes that the UK Government ratified the Council of Europe Convention on the Protection of Children against Sexual Exploitation and Sexual Abuse (the Lanzarote Convention) on 20 June 2018 and is required to fulfil its obligations under the Convention.

Find out more about NICCY’s work on CSE.