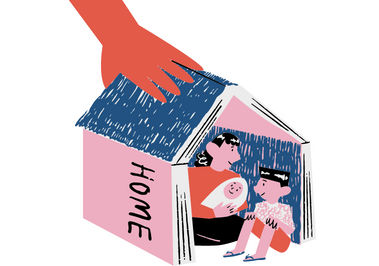 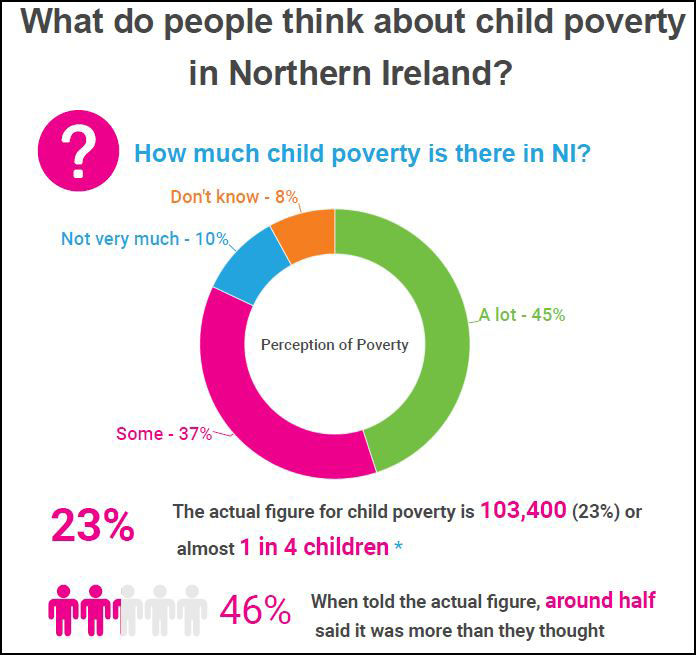 Koulla Yiasouma, Northern Ireland Commissioner for Children and Young People (NICCY) warns the level of child poverty in Northern Ireland may rise if measures are not put in place to mitigate against punitive welfare cuts targeting families.

“There are 444,000 children in Northern Ireland, 103,400 of these children live in poverty, the majority of whom (61%) live in households where at least one parent is working.

“That is almost 1 in every 4 children in Northern Ireland living in a family which struggles to provide for their basic needs, provide a warm, adequate home, nutritious food, appropriate clothing and to pay for childcare. Children whose parents often have to go without themselves and get into debt to make ends meet and who do not have the means to save money for unexpected costs or family outings.

“Children in poverty are twice as likely to leave school without five good GCSEs. They are also more likely to suffer poor mental health, have fewer years of good physical health and a lower life expectancy”

Estimates from NISRA[i] suggest that in 2017-18, 2,500 families will be over £50 worse off per week than they would have been before the introduction of the Two Child Cap on Tax Credits and Universal Credit. This will affect at least 7,500 children this year, rising to at least 35,610 children in 2019-20. Several other policy changes and sanctions aiming to reduce or stop social security payments will also impact children and their families.

The Commissioner continued, “Children are particularly vulnerable to poverty and are unable themselves to influence their economic circumstances.

“Any decision to cut or stop money that parents use to provide basic needs for their children must be based on what is in the best interests of their children.”

A survey recently commissioned by NICCY shows that 75% of parents said they worried about becoming poor in the future. It also found the majority of people in Northern Ireland (97%) felt it was important to take action to reduce child poverty in Northern Ireland, 81% said this was the responsibility of the Northern Ireland Executive.

Koulla concluded, “We all have our part to play, join those who are taking action to address child poverty in Northern Ireland by visiting www. icampaigner.org/join/childpovertyni and contacting your local decision makers to make eradicating child poverty a priority.

“Child poverty is not inevitable, indeed it is important to recognise the success of government policy in reducing pensioner poverty. Government can begin to eradicate child poverty in Northern Ireland by: