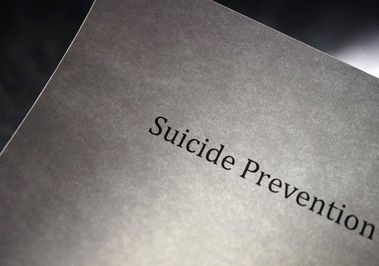 “Behind every suicide statistic is a tragic loss of a life and devastated families and friends.

“Suicide is a highly complex issue to which there are no easy solutions. The legacy of the conflict and high levels of deprivation and mental ill-health create a uniquely challenging set of circumstances for Northern Ireland.

“I have been reassured that our children and young people’s mental health and well-being is on the agenda for the Executive Committee and look forward to seeing how the imminent Protect Life Strategy will deal with this issue . I have also seen firsthand, high quality services with dedicated health professionals working day in and day out with children and young people who have mental health needs.

“However, these recent suicide statistics and the broader emotional and mental health needs of our young people, show that the Northern Ireland Government  must, as a matter of urgency, prioritise our children and young people’s mental health and refocus budget to this area of need.”

The Commissioner draws attention to the recent examination of Government by the Committee on the Rights of the Child,

“The committee highlighted the need for ‘rigorous’ investment in child and adolescent mental health services which reflected the issues they hear, particularly from young people.”

The Commissioner explains that addressing suicide is not just a health matter,

“Every Government department, and their agencies, have a vital role in addressing the root causes of poor mental health in children and young people. Education, in particular, has an important role in promoting emotional and mental wellbeing and identifying need.

“Frontline crisis services are vital, but these must be complemented with earlier intervention to improve young people’s emotional resilience, and prevent them from becoming suicidal.

“During my term in office I aim to make sure that young people’s mental health becomes a greater priority for government.”

If you are worried about yourself, a friend, or family member, please talk to someone. Contact ChildLine online or on 0800 1111. ChildLine is open 24 hours a day.

Parents Support Helpline parentingni.org: 0808 8010 722 – free and confidential service for support and guidance about any parenting issue.

Reporting on this Issue

Certain types of suicide reporting are particularly harmful and can act as a catalyst to influence the behaviour of people who are already vulnerable. This press release has been written using guidance from: