Ulster Museum Gets Serious About Play

The benefits of children’s play will be celebrated by children and young people from across Northern Ireland on Sunday 20th June at a ‘Play Day’ at the Ulster Museum, part of a major ‘Make it Right’ initiative by the Northern Ireland Commissioner for Children and Young People (NICCY).

“With schools almost out for the summer, children and young people will be looking for a fun way to spend their free time. Working in partnership with the Ulster Museum, we are hoping to remind everyone about the importance of play and the benefits it can have on a child’s life”, said Ms Lewsley. 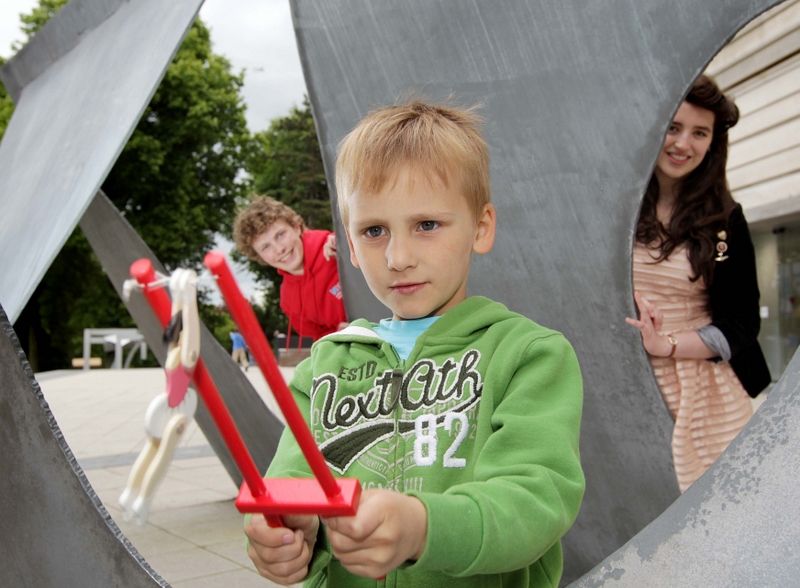 As part of ‘Play Day’ initiative, visitors to the Ulster Museum can watch young people’s short films about play, make toys, take part in a play-themed treasure hunt and venture into a parallel world with a storyteller.

Paddy Gilmore, Director of Learning and Development at National Museums Northern Ireland, said, “It is most fitting that the Ulster Museum hosts ‘Play Day’, an event in place to highlight the importance of children’s playtime.

“Since reopening last October, the Ulster Museum has placed a major emphasis on interactive activities and learning through and play. There is a dedicated Discovery Zone in each area of the museum where visitors of all ages can have ‘hands-on’ experience of the museum’s history, art and nature collections.”

As part of the ‘Make it Right’ campaign, Patricia Lewsley called for more free, accessible and safe play areas in Northern Ireland; “Not all children and young people have the same opportunities to access organised sport, drama, art, festivals and events, as well as a range of other activities.

“This month, as part of our ongoing ‘Make if Right’ campaign, we are asking the government to listen to and act on what children and young people have said about play and leisure where they live. And while facilities such as the Ulster Museum are free, accessible and safe, I hope more opportunities like this will be available”, says Ms Lewsley.

‘Play Day’ at the Ulster Museum runs from 10am – 5pm on Sunday 20th June. Admission is free.