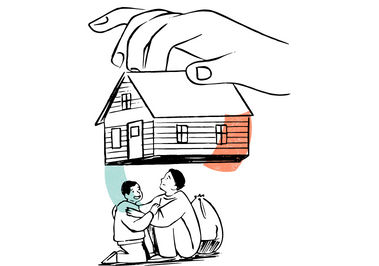 “The latest figures released today show that 28% of children in Northern Ireland were living in poverty in 2014/15, an increase of 22,000 children in two years. As Commissioner for Children and Young People I find this shocking, and unacceptable that there are so many children whose lives are blighted by poverty on a day and daily basis.

“The NI Executive must do all in their power to end child poverty, which we know reduces the life opportunities of young people, preventing them from reaching their full potential.

“Last month the government appeared before the UN Committee on the Rights of the Child. The Committee were particularly concerned at the levels of child poverty across the UK, and made recommendations to set targets to reduce child poverty levels, with clear timeframes, and to produce and implement strategies to meet these targets.

“The figures announced today are worse than those reported to the Committee, and signal a further deepening of the poverty crisis. They are a further ‘wake-up call’ to the Northern Ireland Executive, if one was needed, that it is time for serious action to lift children out of poverty.

“The Executive published its child poverty strategy in March this year, but even as it was released most of the actions and timeframes were out of date. The Executive must urgently address this, developing and delivering a realistic implementation plan that will make a real and measurable difference to the 122,000 children and their families currently living poverty.

“I will be monitoring this situation closely and will be following up with the relevant Ministers and agencies.”

The Committee is seriously concerned that:

(a) The rate of child poverty remains high with a disproportionate representation of children with disabilities, children living in a family or household with person(s) with disability, households with many children, and children belonging to ethnic minority groups, and affecting children in Wales and Northern Ireland the most.

(b) The Welfare Reform and Work Act (2016), which amends the Child Poverty Act (2010), repealed the statutory target on the eradication of child poverty by 2020 and the statutory obligation of the UK Government and the governments of England, Scotland and Wales to produce child poverty strategies;

(c) Recent amendments to the Tax Credits Act (2002), the Welfare Reform Act (2012) and the Welfare Reform and Work Act (2016) have limited the entitlement to child tax credits and social benefits (the “household benefit cap” and the “bedroom tax”) , regardless of the needs of the households;

(a) Set up clear accountability mechanisms for the eradication of child poverty, including by re-establishing concrete targets with a set timeframe and measurable indicators, and continue regular monitoring and reporting on child poverty reduction in all parts of the State party;

(c) Conduct a comprehensive assessment of the cumulative impact of the full range of social security and tax credit reforms introduced between 2010 and 2016 on children, including children with disabilities and children belonging to ethnic minority groups;

(d) Where necessary, revise the mentioned reforms in order to fully respect the right of the child to have his or her best interests taken as a primary consideration, taking into account the different impact of the reform on different groups of children, particularly those in vulnerable situations;

(e) Strictly implement the legal prohibition of prolonged placement of children in temporary accommodation by public authorities in England, Wales and Scotland, and enact similar legislation in Northern Ireland;

(f) Take necessary measures to reduce homelessness and to progressively guarantee all children stable access to adequate housing which provides physical safety, adequate space, protection against the threats to health and structural hazards, including cold, damp, heat and pollution, and accessibility for children with disabilities.

(g) In Scotland, introduce a statutory duty for local authorities to provide safe and adequate sites for Travellers, while ensuring meaningful participation of Roma, Gypsy and Traveller communities, including children, in planning and decision-making processes.

4. NICCY uses the ‘After Housing Costs’ poverty measure as this indicates the amount of money families have to live on after their housing costs are paid, removing significant regional variations in housing costs. Government generally quotes the ‘Before Housing Costs’ figures, which have also risen two percentage points from 2013.