NORTHERN Ireland Commissioner for Children and Young People, Patricia Lewsley, today welcomed the first steps towards the creation of a Youth Assembly.

Speaking as the Assembly Speaker launched plans to establish a youth panel to help shape the proposed new forum, the Commissioner congratulated the Assembly Commission on involving young people. 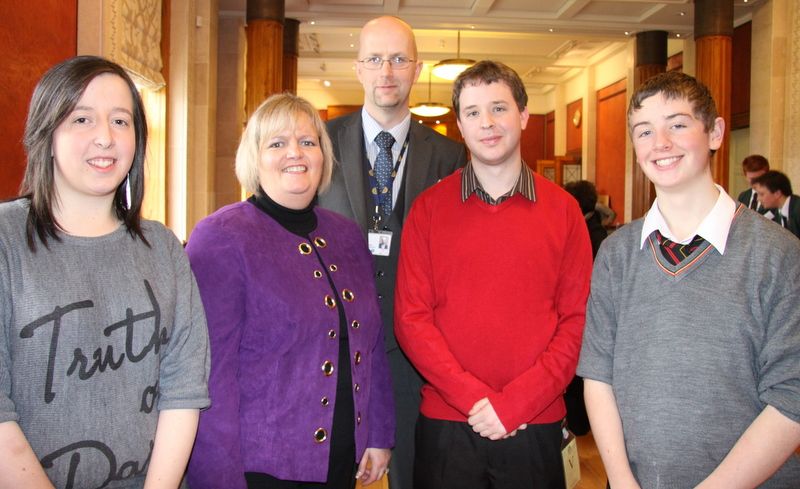 “Putting young people at the heart of creating a Youth Assembly is a sure sign that the Assembly Commission is committed to an approach that will tap into the vast potential of Northern Ireland’s young people,” she said.

“Just over two and a half years ago I walked up the steps of Stormont with 108 young people drawn from a range of organisations who were campaigning for a Youth Assembly.

“Today’s launch represents a massive step forward towards reaching that goal, and I look forward to being kept updated and supporting the development of the Youth Assembly.”

Ms Lewsley urged young people to get involved and nominate themselves before the deadline of February 19th.

Commissioner for Children and Young People, Patricia Lewsley, was speaking at the launch event. To hear what she had to say click here and here.