Commissioner, Patricia Lewsley said that the awards were open to all government departments, arm’s length bodies and other public sector organisations.

“It is fitting that my Participation Awards 2011 have been created and developed by a panel of dedicated young people,” said Ms Lewsley. “They have shaped these awards to acknowledge good practice, and demonstrate how positive change can happen with good, early participation. 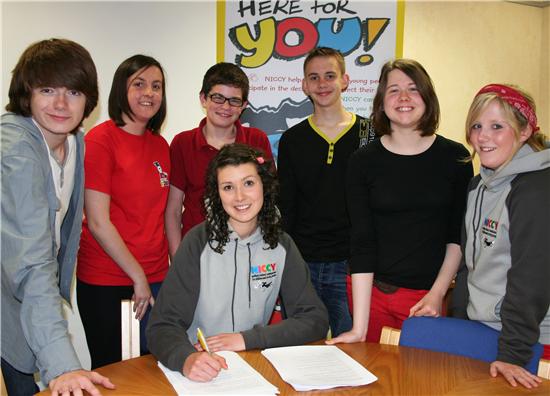 “So much legislation and many policies affect the lives of young people that it is vital that they are involved at the earliest possible stage,”

The panel that worked on the Participation Awards 2011 included Jill Lapping from Belfast.

“It’s our turn to award government and the public sector,” she said. “We know that some parts of Northern Ireland’s civil and public sector need to do a lot more work to include young people in appropriate decision making

“But we also know there is good participation work to help shape policies in a way that includes young people, improves the policies, and brings forward realistic change.

“With the Commissioner, we want all the civil service and public sector organisations to take up the challenge of the NICCY Participation Awards 2011.

“We want to use these awards to show where good work is being done, and encourage more agencies to engage meaningfully with young people.”