Scroll down to find out more about NICCY's 'Looked After?' formal investigation 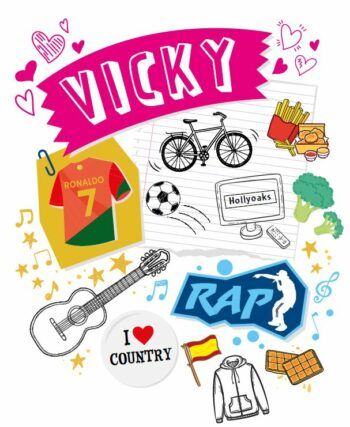 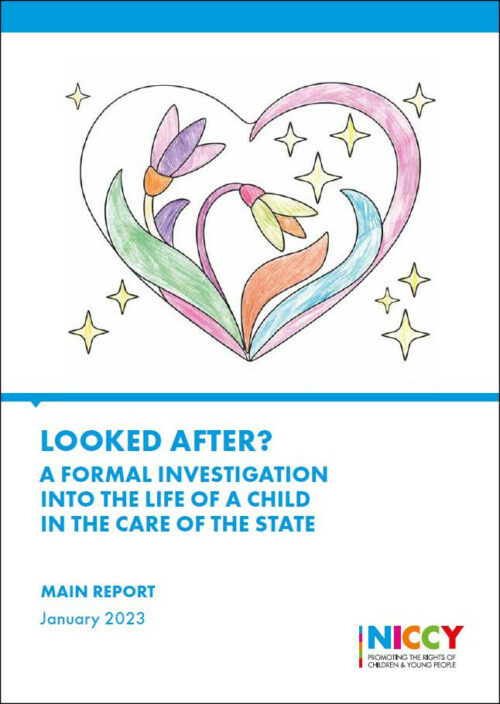 In accordance with Article 12 of The Commissioner for Children and Young People (Northern Ireland) Order 2003 (“2003 Order”) NICCY received a complaint that a Looked After Child (“LAC”) – Vicky – had been held on remand in the Juvenile Justice Centre (“JJC”) for at least 290 days.  The complaint also noted that this young person had Foetal Alcohol Syndrome (“FAS”), an IQ of 56, and exhibited self-harming behaviour requiring protective measures while in the JJC.

Due to the significance of these matters the Commissioner decided to formally investigate in accordance with Article 16 of the 2003 Order.  The Commissioner worried that the young person’s rights had been adversely impacted by the action and/or inaction of relevant authorities, and that this may have been indicative of systemic failings in relation to care and other services provided to LACs.

To investigate such matters, it was decided that NICCY would seek copies from relevant authorities of documentation they had regarding Vicky.  These were reviewed to establish an evidential time-line of events, circumstances, and outcomes.  The team within NICCY doing so included the Commissioner, the Chief Executive Officer, and solicitors with extensive experience in and knowledge of domestic law, policy and practice, and international law relating to children and young people.  NICCY staff directly involved with the investigation and report drafting completed training for BTEC Level 7 Advanced Professional Certificates in Investigative Practice certification.

A King’s Counsel was appointed as Counsel to the formal investigation to provide legal advice and guidance.  Such appointment reflected the many years of professional experiences they had as a lawyer, including an extensive background in public law and inquiry matters.  Independent practitioners with many years of professional experience in paediatrics, psychiatry, and social work were also appointed following tendering.  Each of these professionals examined and commented upon a range of documentation specifically regarding Vicky with a view to providing analysis and non-binding advice. Their opinion was further sought in respect of specific matters, to ensure the accuracy of NICCY’s understanding of events through the life of this young person.

Upon review of evidence it appeared there were grounds to make adverse findings and recommendations in relation to the relevant authorities.  In accordance with statutory requirement, the relevant authorities were notified of this and were each provided with a schedule of the particular draft adverse findings.  Evidence sessions were held with each relevant authority so they had opportunity to review (and challenge) the evidence relied upon, and to otherwise give replies.  During this process steps were taken by NICCY to ensure protection of confidential and otherwise sensitive data.  This included implementation of a protocol for access to material, as well as monitoring while such access occurred.

A report of the investigation findings was completed and included adverse findings as well as recommendations by the Commissioner for actions to be taken.  As a courtesy the Commissioner gave each relevant authority a chance to review it ahead of publication (on the understanding that such review was not a continuation of the above noted evidence sessions).  The data protection mechanisms employed during evidence sessions were replicated at this review stage.  The report (both in full and in a summary version) was published and made available to relevant authorities and children’s rights agencies 27 January 2023.

You can also view the press release from the launch here 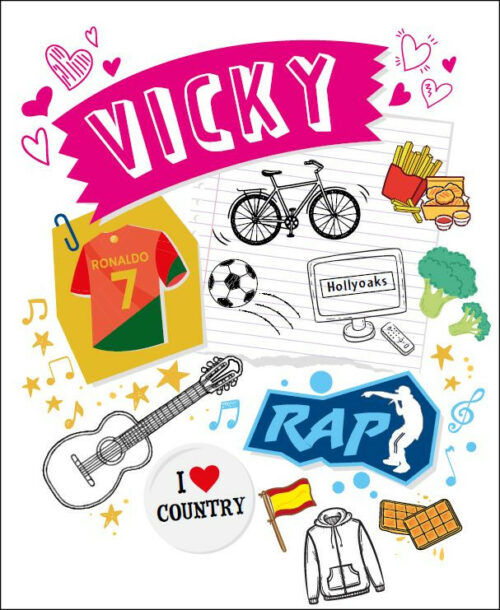 Before the formal investigation was started, and throughout its duration, NICCY engaged directly with Vicky to ensure understanding of her wishes, feelings, and capacity to express them.  Vicky was supported by suitable person(s) at these times.  The Commissioner has had ongoing direct contact with Vicky, including through personal visits with her.  Vicky made her own views and questions known at these times, and this included her ‘likes and interests’ which have been illustrated (opposite) in the report.  Before publication, a copy of the final report was taken directly by the Commissioner to Vicky personally for discussion and approval.