A Voice for Young People

NICCY acknowledges Include Youth’s work to ‘Make It Right’.

The young people hosted and facilitated an event in November with the Policing Board, which saw young people discuss their views and experiences of policing with a view to recommending issues which require change.

Members of the Policing Board were asked to listen to their opinions and experiences and participate in group discussions. 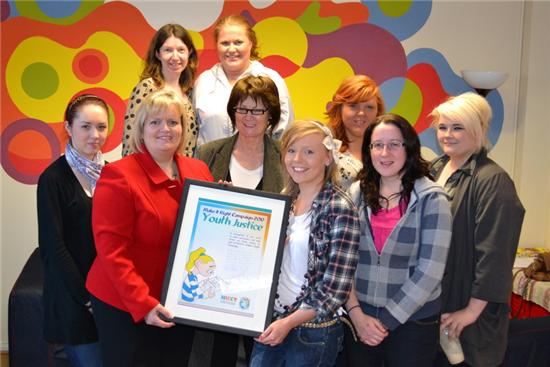 “I want to congratulate all the young people involved and for their hard work in organising this event,” said  Ms Lewsley.

“It is essential that children and young people are listened to, their words are valued and their campaigns be acted upon.

“Also speaking at the event Policing Board Member David Rose said, “As part of its Community Engagement work, the Board recognises the importance of giving young people a meaningful voice on policing issues and to have their say.

“People often forget that many young people, far from being perpetrators of crime, are very often the victims. This event, which is one of a series the Board will be involved in,  gave young people a platform to make us aware, through personal experiences, some of the difficulties they face when dealing with the police.”

“Ashleigh, from the Youth Planning Group, said: “This event gave young people like ourselves the opportunity  to have our voices heard.”

“It shows that young people want to make a positive contribution and play their part in making positive change”, added Shannen, also from the group.

“NICCY’s ‘Make it Right’ Campaign encourages young people to take action to raise awareness of issues affecting them and to bring these directly to the attention of decision-makers.” said the Children’s Commissioner.

“I encourage other young people to get involved and campaign on some of the issues affecting them and to act now to help make it right for children and young people in Northern Ireland.”

You can learn more about NICCY’s Make It Right campaign and how you can get involved here on the web site.

RT @EqualityCommNI: Looking forward to discussing the need to reform our age laws in NI with children & young people. There are a few spac… Read more
Instagram @niccy_yp