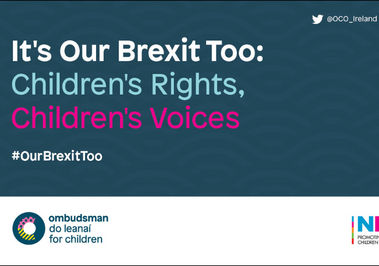 Joint Press Release from the Northern Ireland Commissioner for Children and Young People and Ombudsman for Children, Republic of Ireland: 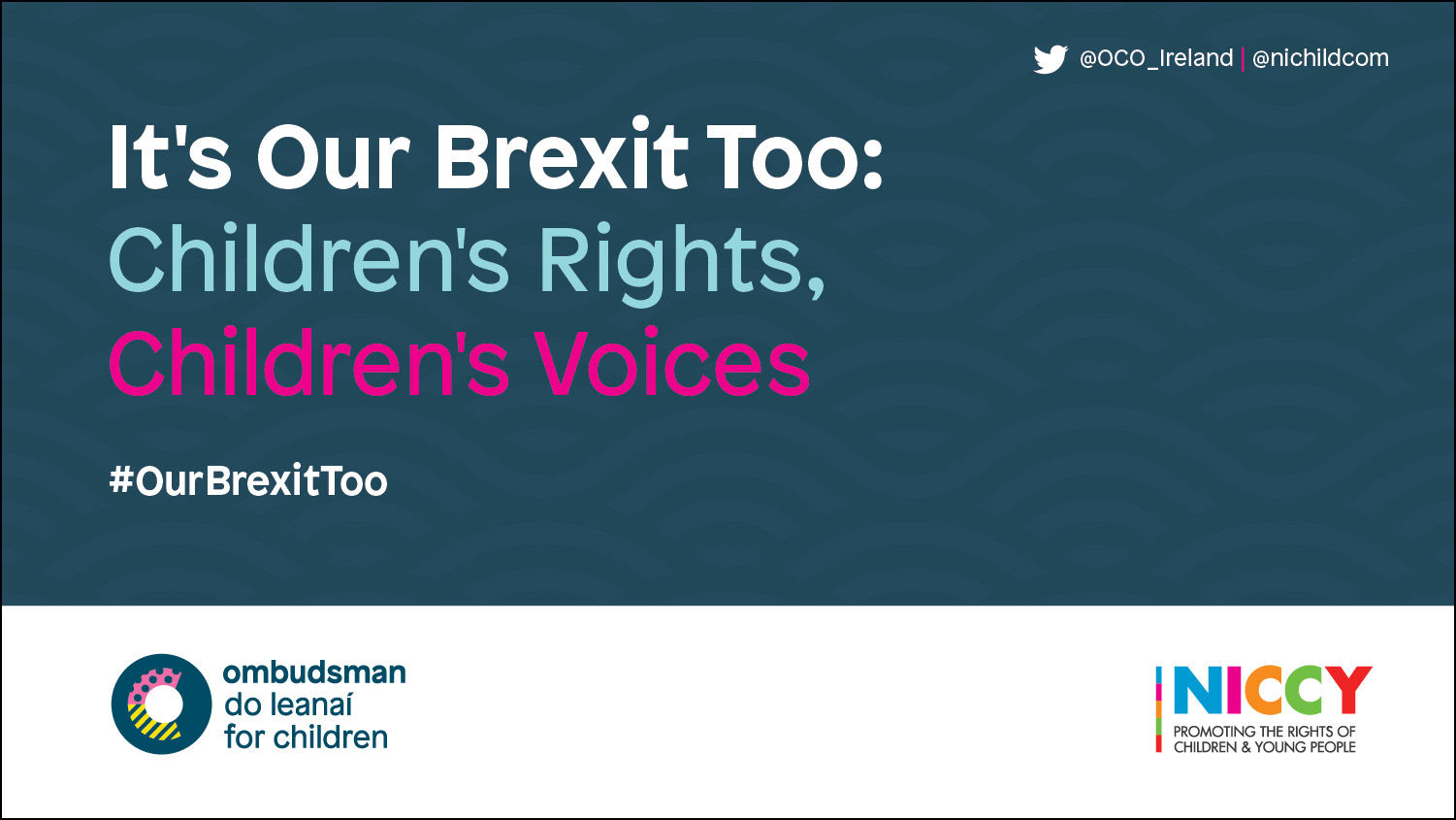 The Northern Ireland Commissioner for Children and Young People and Ombudsman for Children will come together with young people from both sides of the border today to explore how Brexit could affect them.

The event, “It’s Our Brexit Too”, comes as the EU Network of Children’s Ombudspersons (ENOC) warn of the potential impact of Brexit on children and young people from Northern Ireland and the Republic of Ireland.

“My counterparts across Europe and I recently raised concerns about the potential impact of Brexit on children. For example, we have called for systems to be put in place as a matter of urgency to make sure children are fully protected from child trafficking, child abduction and child sexual exploitation. Detailed consideration must also be given to how the European Arrest Warrant and other cross border child protection measures are going to function.”

Children’s Commissioners and Ombudspersons in 23 European countries have, in a recent letter, highlighted the fragility of the peace process in Northern Ireland and called for decisions about Brexit to be formally assessed so there is no regression of children’s rights in Northern Ireland or the Republic Of Ireland. They also call for the voices and experiences of children and young people who ‘may feel powerless in the face of a process that will shape their futures’ to be taken into account.

Koulla continued, “Children from the UK living in other EU Countries, and Children from other EU countries living in the UK are uncertain about their status and residency rights, this has a profound and unsettling impact on their lives. Reaching an agreement on this issue must be an absolute priority.

“Young people have raised many valid concerns, like these, with me over the past few months but until today, their voices and experiences have been absent in the wider Brexit discussion.”

The “It’s Our Brexit Too: Children’s Rights, Children’s Voices” event was co designed by a Youth Steering Group, it aims to give young people a voice in the Brexit debate and the opportunity to explore how Brexit might affect them and their peers in areas such as family life, child protection, health, education and life opportunities.

“Travelling around the country, and meeting with thousands of young people it became clear that children and young people north and south of the border have had little opportunity to voice their views on the potential impact of Brexit on their lives.

“Children and young people have a right to be heard and to have their views considered in decisions affecting them. As Brexit will, without a doubt affect them, we have brought together a cross-border group of young people who, have taken the lead in organising this event and inviting some key officials.

Matthew, a member of the Youth Steering Group from Co Down, said:

“I believe there are a lot of issues that chief Brexit negotiators haven’t even thought of in relation to children’s lives. I hope the report, which we will produce from this event, will make sure our voices, as the young people who will be most affected by Brexit, will be heard and will feed into the negotiations.”

Around 100 young people across Northern Ireland and the Republic of Ireland will explore issues and scenarios with decision makers. A report will be presented to local, national and EU decision makers.