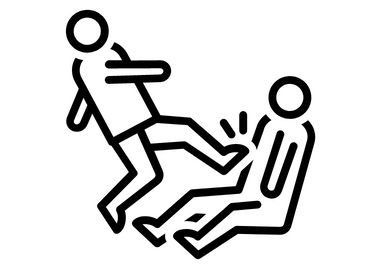 “It is unacceptable that these assaults on our young people are tolerated.

“Northern Ireland’s past cannot be used as an excuse to normalise such assaults. The reality of life for these young people is often that of fear, poverty, intimidation, substance abuse or addiction, mental ill health and a lack of confidence in their police and other statutory services.

“However, I am convinced that this seemingly intractable situation can change if our public authorities work together with the local community to develop a long term action plan, supported and sustained by government.

On such a plan the Children’s Commissioner said,

“We need to have a community plan which tackles deep seated issues such as drug misuse, educational underachievement, crime, anti-social behaviour and poverty. The whole community must feel safe and confident in accessing all the services to which they are entitled, including policing, social care, health and education.

“A unified approach is clearly something that is not happening, but if adopted, will make sure that such gangs do not have the opportunity to take advantage of vulnerable communities and young people. It would also ensure that they are not viewed as acceptable alternatives to statutory justice agencies.

The Commissioner praised the excellent work being undertaken in the Lower Falls area, but reiterated that this needs to be sustained with clearer long term goals, owned and driven by the community and statutory agencies.

“Services in youth justice, policing, education and social care need to be properly resourced and maintained, they need to work together with children and families and intervene earlier to effectively address the issues facing them and the local community.”

“There is no denying that these are complex issues and we know that change won’t happen overnight, however, we need to start with one plan for one community. This could provide a way forward for other areas of Northern Ireland experiencing similar issues.

“I will monitor actions and progress by relevant authorities on this issue and share good practice with others. I am confident that with the right focus and commitment, this community can achieve the outcomes we all wish to see for our children, young people and families across Northern Ireland.”

Some other statistics from this report: