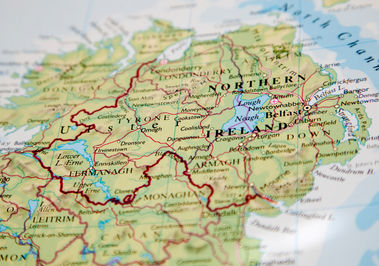 NORTHERN Ireland Commissioner for Children and Young People, Koulla Yiasouma, today called on Government to implement recommendations made by the United Nations Committee on the Rights of the Child.

The Commissioner said the influential committee had confirmed what most people already knew – services for children are not good enough and are still overshadowed by the legacy of the past.

“Children and young people have told me this, parents have told me, a range of compelling evidence tells me – and today this has been recognised and acknowledged by the United Nations Committee.

“It is now up to Government to act and to start delivering better outcomes for our children, young people and their families across NI.

“It is unacceptable that over 100,000 children are living in poverty, that less than half of children on free school meals achieved at least 5 good GCSEs, and that more than 1,000 children and young people are waiting to access mental health services.

“Our young people are living with a legacy of the past, it affects their mental and emotional well being, their safety in the communities where they live, where they go to school and on their educational outcomes.

“The Committee recognises this and has made specific recommendations for addressing a range of issues affecting children’s lives. These include ‘rigorously investing’ in child and adolescent mental health services, tackling educational inequalities, raising the age of criminal responsibility, addressing rising levels of poverty and providing equal protection from physical punishment in the home.

“The Committee has also specifically called for Government to: ‘Take immediate and effective measures to protect children from violence by non-State actors involved in paramilitary-style attacks as well as from recruitment by such actors into violent activities, including through measures relating to transitional and criminal justice.

“The new Assembly and Executive must take up this challenge.

“The new Programme for Government and the Children and Young People’s Strategy must be taken as an opportunity to address this.  Our Executive have an unprecedented opportunity to do this. These issues must be embedded at its core, and be accompanied with measureable and realistic outcomes that will bring about real and meaningful change to the lives of our children and young people.

“I will be monitoring Government’s response to the Committee’s recommendations and will continue to raise these issues as I meet with new Executive Ministers, opposition parties and officials over the course of the new Assembly mandate.”

Over the past 12 months the Northern Ireland Commissioner for Children and Young People has worked with other Children’s Commissioners across the UK, and liaised with NIHRC and NGOs to provide information to the Committee on the Rights of the Child on the implementation of the UN Convention of the Rights of the Child (UNCRC) in Northern Ireland. Through this process a wide range of breaches of children’s rights have been identified, and a comprehensive set of recommendations provided.

The Committee questioned representatives of the UK and devolved governments on 23 and 24 May 2016, and then published a set of ‘Concluding Observations’, recommendations,  as to what actions must be taken by the government’s to address the ongoing breaches of children’s rights in each jurisdictions.