Vulnerable, Alone and in Need of our Protection 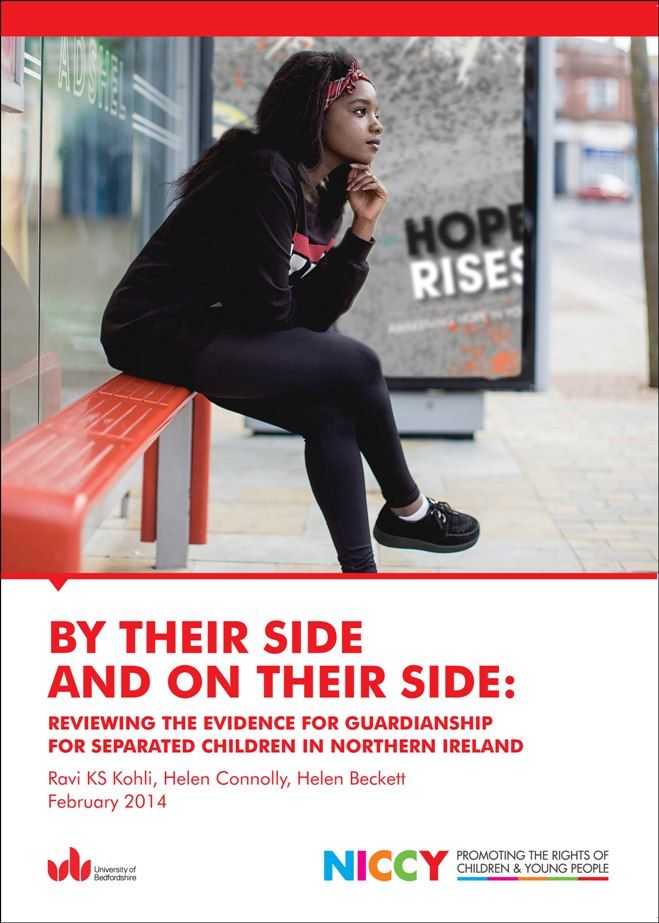 A REPORT on how ‘separated children’ must be protected when they arrive in Northern Ireland will be launched later today (Monday 10th February) by the Northern Ireland Commissioner for Children and Young People.

Patricia Lewsley – Mooney said “Separated Children are a relatively small, largely invisible but extremely vulnerable group of children in our society who are subject to a maze of bureaucracy.

“As they arrive on our shores, no matter how they got here, they are in our care and we must protect them”

A ‘separated child’ can be an asylum seeker arriving without the support of their parent or carer, a migrant child arriving alone or a child who may have been trafficked into Northern Ireland.

“These vulnerable young people, who may not have English as a first language, will have to come into contact with many different professionals for many different reasons including asylum and immigration, social services and police,” said the Commissioner.

“The report outlines the processes these young people have to go through and it is clear that improvements and co-ordination of services are needed to protect them.

“At the minute the support they receive is inconsistent and reliant on the specific skills, knowledge and experience of individual professionals.”

Mrs Lewsley – Mooney said: “No matter who provides the service, this report clearly sets out the need for a ‘Guardian’ in these children’s lives.

“The child may have experienced or witnessed horrible things in their own country or on their journey here.  They need someone who will always consider their best interests, who is informed and present in all planning and decision making processes, and who is equipped to deal with the child’s legal, physical, emotional and psychological needs.”

The Commissioner will be using the research findings to advise government on how things should change to support separated children better.