Not Enough Evidence Children are Better Protected from Sexual Exploitation 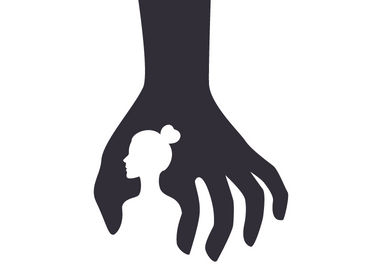 Government progress reports on how it is implementing the recommendations of the 2014 Marshall Inquiry into Child Sexual Exploitation (CSE), show little evidence that children in Northern Ireland are better protected from sexual exploitation.

“I see little evidence from government reports that our children are more protected against sexual exploitation today, than they were two years ago when the Independent Inquiry into CSE produced its findings.”

In November 2014, the Marshall Inquiry set out recommendations across the areas of health and social care, education, policing and justice, which if fully implemented, would make sure Northern Ireland responded more effectively to CSE.

“I recognise the tireless work of many professionals and families in protecting children and young people from CSE. Practitioners have told us that some improvements are being made, that there is an increased awareness of CSE,  with professionals working better together to address this issue. However, I see no concrete evidence of this impact from official government reports.

“These reports are supposed to give us all confidence that CSE is being addressed effectively. We need to see clear evidence that government action is leading to real change in how well we are protecting young people, supporting those who work with them, and disrupting and pursuing those who seek to abuse and exploit them.”

Friday 18th November marks European Day on the Protection of Children against Sexual Exploitation; it also marks exactly 2 years since Kathleen Marshall made recommendations to our Government to address CSE.

“There are too many examples of actions being marked as complete, and Government saying it has addressed CSE by writing guidance, agreeing principles, planning reviews and having meetings. There is not enough evidence to show if this is making a difference, with better trained and supported staff on the ground and young people who feel cared for and safe.

“Worryingly the Department of Health’s latest progress report has no detail about a CSE strategy which was due out for consultation in June 2016. We have no information on whether a strategy is even being developed according to this report.”

The Commissioner concluded, “The progress that has been reported for something that, two years ago, was described as ‘a significant and growing threat to the welfare of children and young people‘, is far from good enough.

“There needs to be a proper assessment of how learning from the Inquiry is making a difference to those affected by, and at risk of, CSE. There needs to be more transparency, and I call on Government to publish clear evidence of the impact its actions are having on the lives of vulnerable children and young people. A form of independent oversight or review to monitor implementation should be put in place to provide this assurance.”

If you have been affected or are worried about someone who may be affected by the issues in this report please contact NSPCC on 0800 389 1701 or Barnardo’s Safe Choices NI on 02890 658 511. A dedicated and trained person will be able to help you.